The previous header photo was of the Albacore fleet from Potomac River Sailing Association racing in big breeze on the Potomac River. What is interesting about this photo is the long, low, hulking building in the background. That is the Pentagon - the center of America's military - as seen from the water. I have one other photo in my collection of sailing dinghies that features dinghies in front of a famous building - this photo of three Fireflies in front of the Houses of Parliament, which was given to me by an English team, racing in team races on Baltimore harbor. 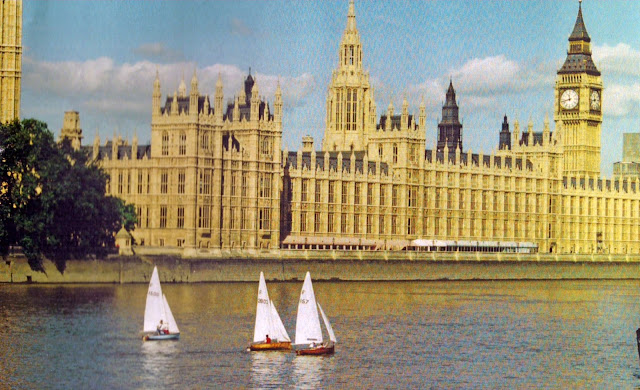 Posted by Tweezerman at 5:48 AM 4 comments

Email ThisBlogThis!Share to TwitterShare to FacebookShare to Pinterest
Links to this post
Labels: Header Photo, Other sailing dinghies, Team Racing 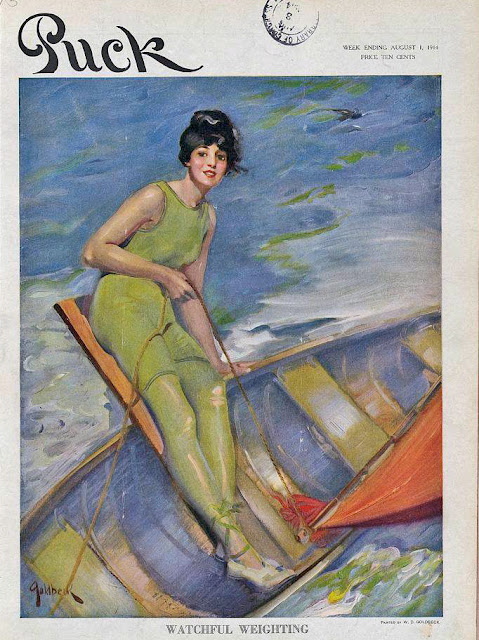 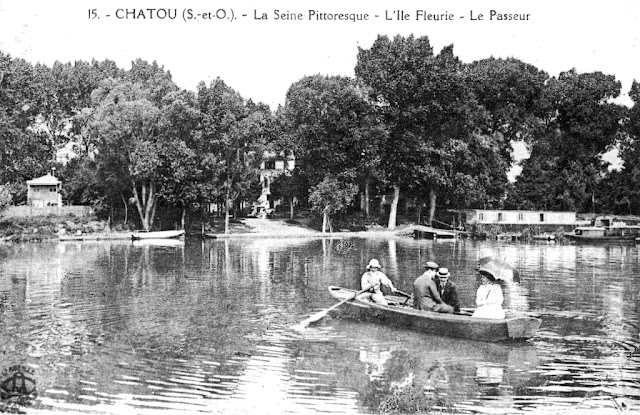 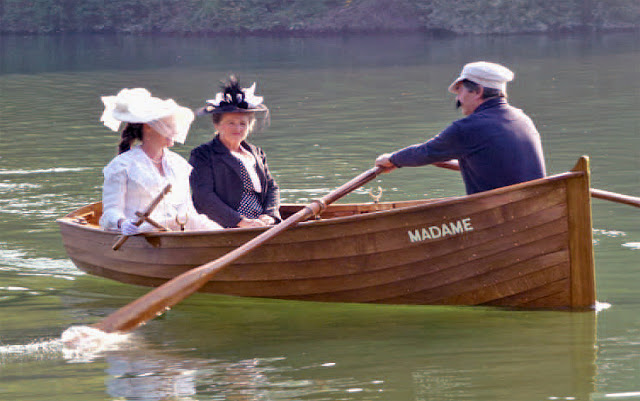 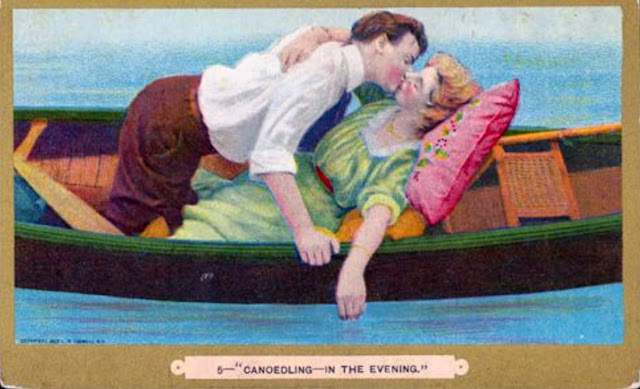 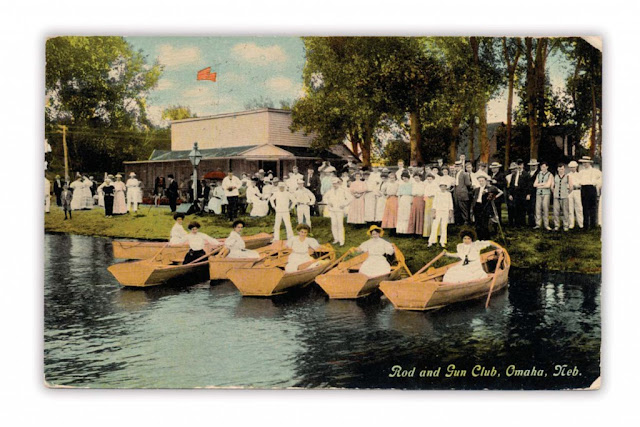 Posted by Tweezerman at 6:23 AM 2 comments

Music Whenever: Little Tybee "Quiet as a Sail"


A multi-layered, complex sound from an Atlanta band, "Little Tybee" creates this beautiful tune. The classy video is a world-wide travelogue featuring a compilation of on-location shoots featuring vintage GE portable radios. (A total of ten were sent out across the world to be filmed by volunteer videographers.)

(Ed. Note: I repeat, this blog is not about timeliness.) (Way past) time to take the rest of my photos of the Annapolis 2016 Sailboat Show and package them into a wrap-up post on the 2016 event.

The Chris White designed Discovery 21 day-sailing trimaran (builders - Aquidneck Custom Boat Builders/Performance Multihulls). This is a 35 year old design being re-introduced in hi-tech (carbon fiber/honeycomb hulls). Hull weight was quoted at a stunning 340 kg. (750 lbs). If you want to put a lot of miles in for your afternoon sail, this tri should do it. (The Discovery 21 is the same concept as the Corsair Pulse 600 featured from the 2015 show.) 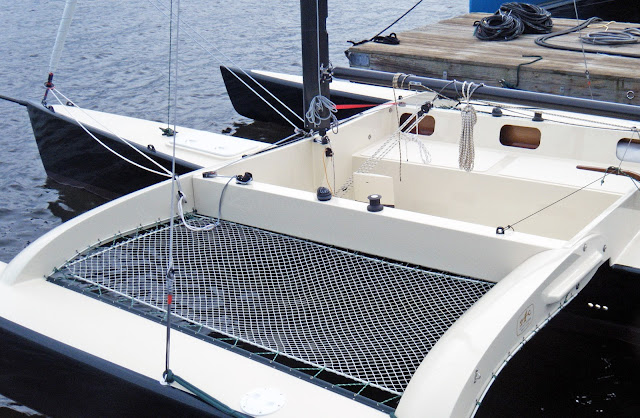 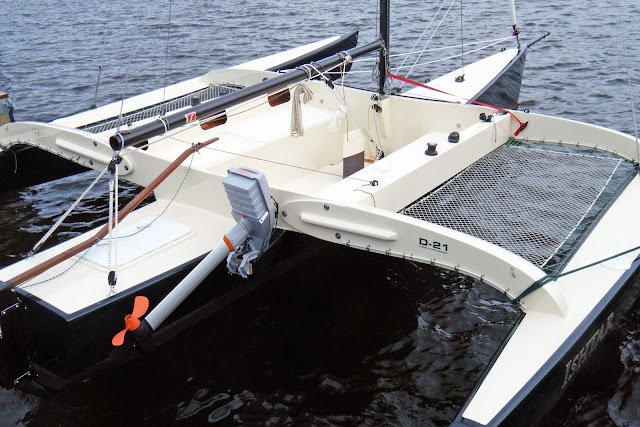 I've seen these interlocking plastic cubes  make up floating docks (Xinyi Floating Dock) but, at the show, in another demonstration of their versatility, these cubes were used to make a dry-sail dock for the J-70 keelboat. 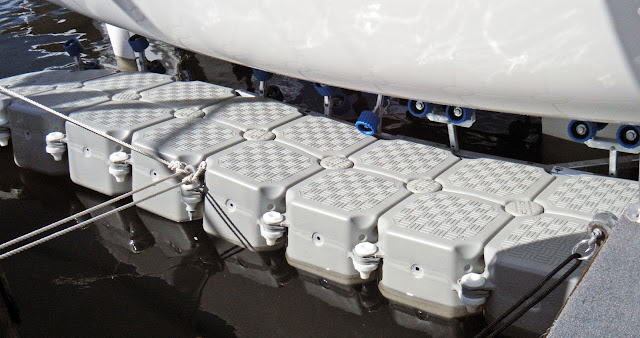 Ronstan Shock, sheaveless blocks, was featured on the rigging photos of John Z's Classic Moth. Certainly for dinghies in lower load situations, this seems to be the lightest method of making up multi-part tackles or leading lines around. 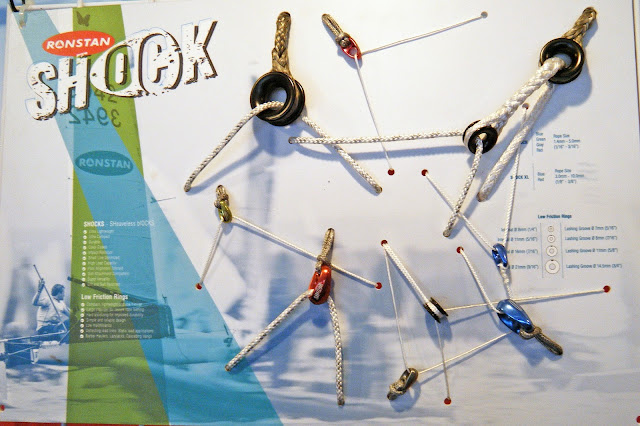 The RS Quest family/school-training dinghy added some visual pizzazz this year with a color splash on the bench seats. 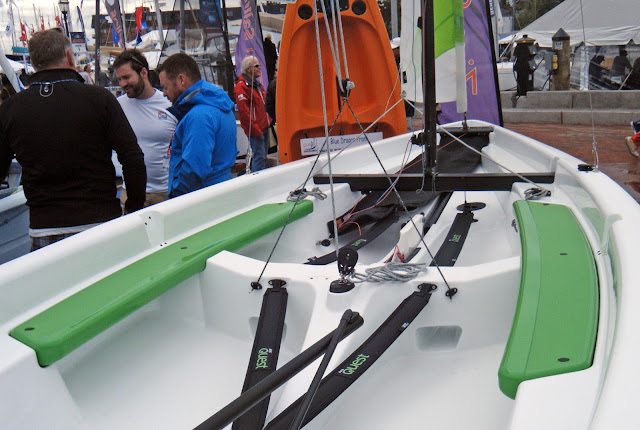 You can certainly build some swoopy deck-lines into the plastic boats. The Topper Topaz. 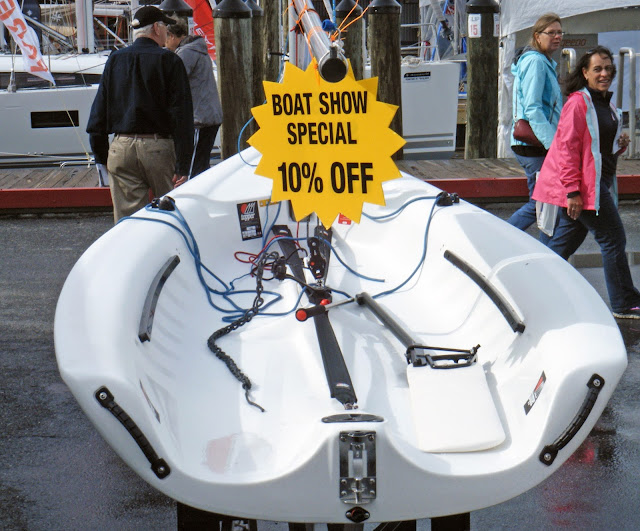 The webbing attachments to boom have been used by the skiffie crowd for some time and is now being seen on production boats (another photo of the Topper Topaz). 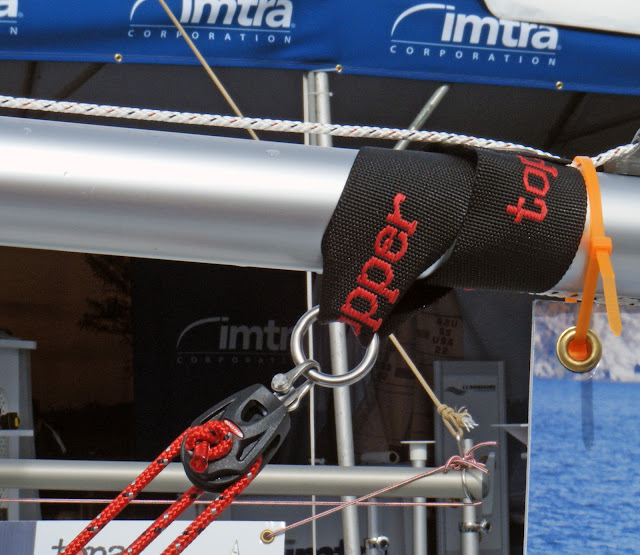 Posted by Tweezerman at 7:22 AM 2 comments

Email ThisBlogThis!Share to TwitterShare to FacebookShare to Pinterest
Links to this post
Labels: Boat Show, catamarans, Other sailing dinghies

The previous header photo is of two, 1914 design, International 12's, sailing toward shore, where the leeward 12 will, very shortly, have to call for water. I'll await for Romain Berard to fill me in on the details.

Posted by Tweezerman at 4:36 PM 1 comments

Music Whenever: Swingrowers "Via Con Me"

Electro-swing from the band Swingrowers, featuring clips from "Roman Holiday" starring Gregory Peck and Audrey Hepburn. I'm sure the stunt driver(ess) enjoyed herself immensely when filming the scooter scene where Hepburn takes things into her own hands! (Enjoy that tuba bass-line!)


Two chaps from the Toronto Canoe Club racing the cat-rigged L.S.S.A. 14-footer on Toronto Bay, circa 1910. 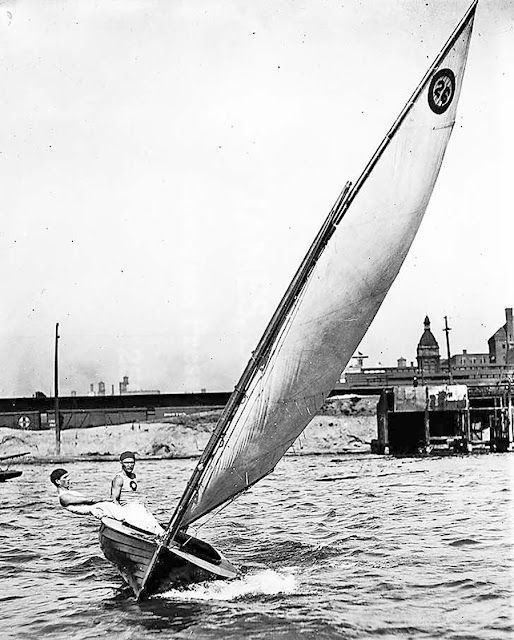 City of Toronto Archives
Another photo of the L.S.S.A 14-foot dinghies racing.

Posted by Tweezerman at 5:23 PM 0 comments