In poking around Tillerman's new blog I came across his post on the RS Aero Florida State Championship where he published the course diagram for the regatta; it is another version of the Harry Anderson course, this one having the tight reaches at the bottom of the course. 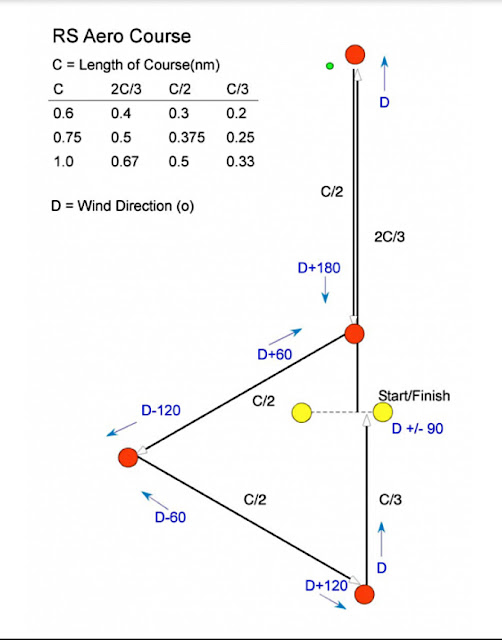 The normal Harry Anderson has the tight reaches at the top of the course. (Making it look like a backwards P, some sailors have affectionately referred to it as the Dolly Parton course.) I'm not sure what the advantages of having the tight reaches at the bottom, maybe more fleet separation? It does place the start line toward the bottom of the course for a longer first beat (I'm going to refer to this RS Aero course as the B course - for Big Booty.)

Tillerman also mentioned in a comment to this post that the RS Aero's have used a Z course. 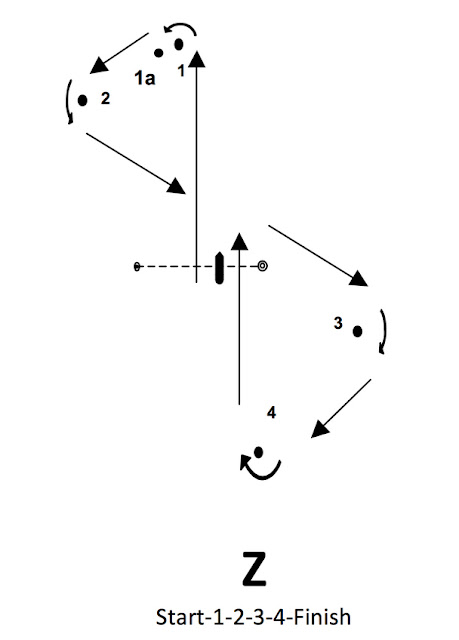 
The Z course definitely bumps up the reaching legs as a percentage of the total course.

Back in 1991 I was a PRO for an Olympic Training Event (Europe's, 470's) at West River SC where we ran a Harry Anderson course on the breezy day. The second reach was a beam reach and that angle did seem ideal for the Europes, not so much for the 470's who had to take down their chutes for the leg.

That version we ran in 1991 has morphed into my version of the Harry Anderson, the D or Dammit course.

Posted by Tweezerman at 6:14 AM

There is a diagram of the Z course in this post...

Thanks Tillerman. Your diagram of the Z-course is now posted in the main body.