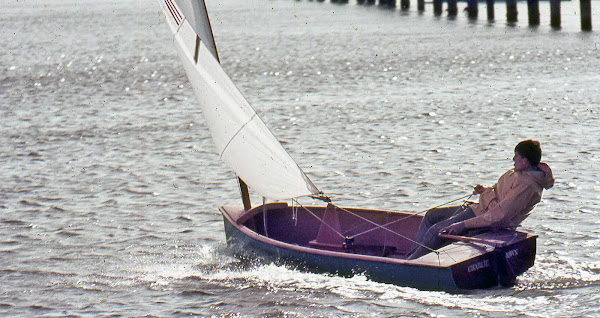 The previous header photo is of the Peanut class singlehander (in this case Peanut #1, Charlie Brown), a plywood DIY dinghy designed by Arnold Johnson in West Islip New York. The class grew to around around 400 and then faded in the 1970's. There is a nascent effort, led by Jeff Moses, to restart the class. I've been posting about the Peanut over here.

The designer of the Peanut, Arnold Johnson, represents the engineer boat-tinkerer, a group that was especially prevalent during the 1960's in the United States. Phillip Johnson, Arnold's son, shares some biographical history of his father, and, as a homage to that era of the 1960's engineer/boat-tinkerer, I re-post it here.


"My dad went to Brown University (born in Hamden CT) and worked at Grumman Aircraft in Bethpage NY while we lived on Long Island. He was an aeronautical engineer and did a lot of wind tunnel work on airplane wing design. After Grumman, he worked at Sanders in Nashua NH for a few years then worked for Boeing and Lockheed and then at Northwind energy designing windmill turbines. He was also an avid photographer, something he passed on to all four of his children. He died in 1993 of colon cancer. He built several Peanuts (#1 and #2) and bought #7 for me and experimented on that boat the most. We raced the Peanuts, the Skylark and later on an Aquarius 23 in the Great South Bay area." 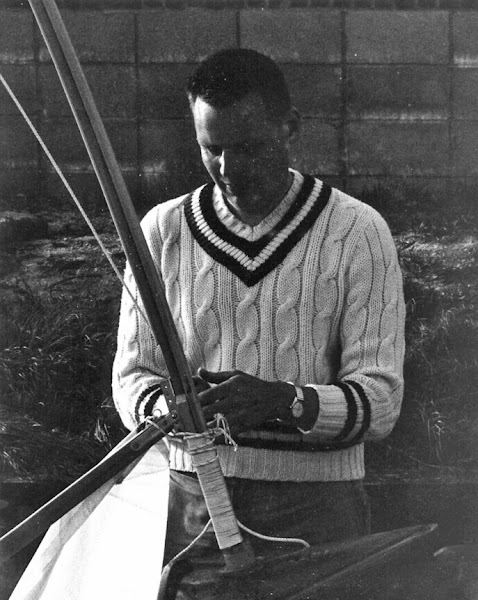 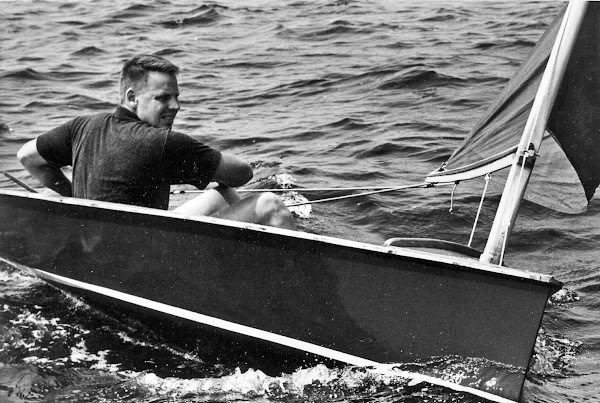 Arnold Johnson's Skylark I, a 20.5' (6.25 meter) 6mm plywood sloop which he constantly modified and raced handicap in a high performance division on the Great South Bay. 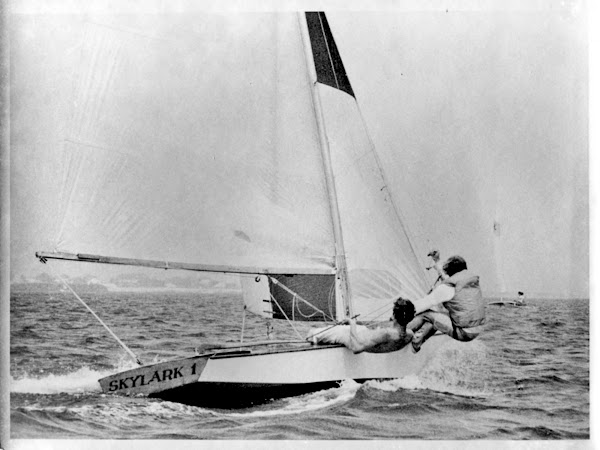 Posted by Tweezerman at 5:37 AM

First time I ever went out on a trapeze was with Mike Latza on the Skylark... Mr Johnson would try to explain some esoteric points of his designs which went right over us teenager's heads..But it was a fun ride...