One of the hidden casualties in the ongoing clash between Laser Performance Europe's business strategy and the rest of the small boat sailing world has been the virtual stoppage of production of the Vanguard 15, a two-hander racing and recreational dinghy that, since the late 1990's, has sold well in the United States and still has a national presence. As with any vacuum in the market someone will step in and in this case Steve Clark, one of the original team that developed the Vanguard 15, has linked up with Zim boatbuilders to produce his higher-end version of a hiking doublehander, the Zim 15.

Zim Sailing freely admits they are targeting the post-collegiate market with the Zim 15 and it comes with a bunch of modern performance features, albeit at a higher selling price compared to the Vanguard 15. What modern features do you get?
Some photos.

Here is the bow bumper which is cleverly molded in during construction so as to be an integral part of the hull. 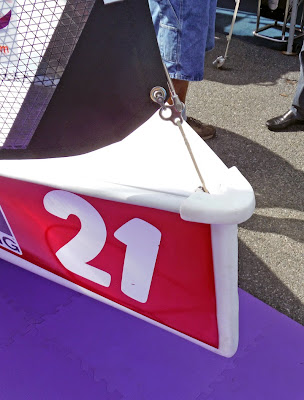 The Zim 15 has a centerboard for easier launching but the centerboard trunk has grooves in each side so the board can be pulled up and "reefed" in a breeze, just as you would with a daggerboard. 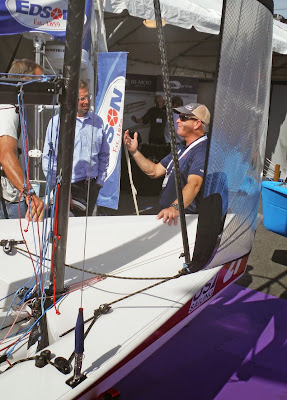 The flow-thru double-bottom cockpit with the nifty tilt-up rudder. The hull sports soft-chines as it was also designed for team racing. 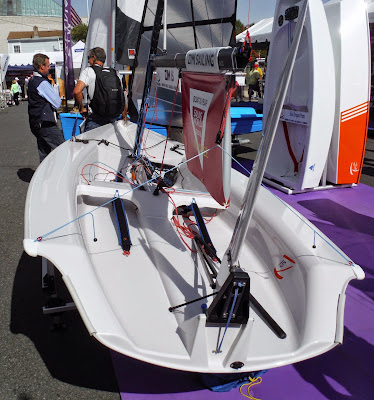 The business end of the cockpit. We can see the Gnav vang on top of the boom, the dangly pole, recessed cleats in the wide thwart and plenty of adjustments at the base of the mast. 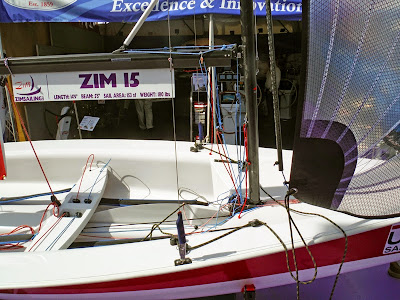 A computer-rendered sideview of the Zim 15 (lifted from Zim Sailing's website). 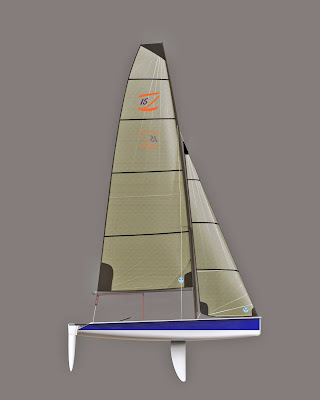