The Classic Moth crowd here in the U.S is all abuzz about Swiss Moths, particularly the Swiss Dunand design of the early 1960's, as this design, in the hands of Joe Bousquet, just won the U.S. Nationals, breaking an almost 20 year string of wins by the Mistral design. This post isn't about Bosquet's Swiss Dunand design (more about that in a later post), but rather about the fiberglass Swiss Moth which Bertrand Warion sailed at the French Moth gathering this past September. It seems to be another design variant which is always intriguing to a Classic Moth design geek like me. But a variant on what?

When I first looked at a photo of this Moth taken from above I thought, looking at the decks (which Bertrand installed), early Europe Dinghy (Europa) but when Bertrand sent more photos it is obvious this design is from the deep-V family, i.e. the Duflos or Mistral. Bertrand clarified in a follow-up email that it is a round-bilged variant on the Swiss Dunand design. However Bertrand's Dunand looks very much smaller than the American one that Joe Bousquet has just refurbished; Bertrand's looks almost like it was squished to fit into a Europe Dinghy deck mold.

In this photo you can see in the reflections how the topsides fold up in a soft chine from the midships aft. The original Dunand design has a topside chine in approximately the same area. 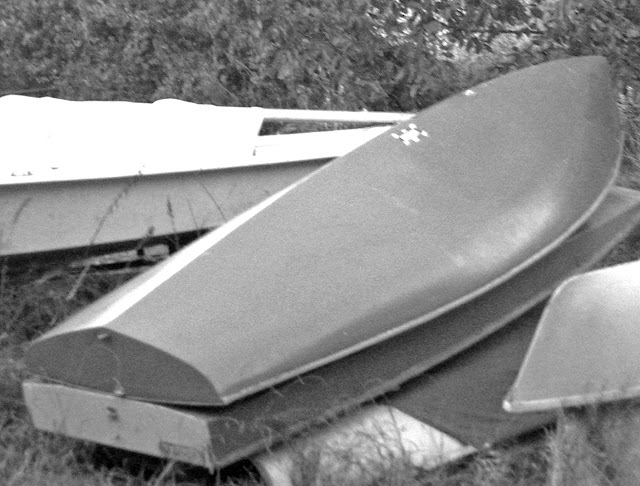 Bertrand's Moth has the shallow-V transom of the Dunand. 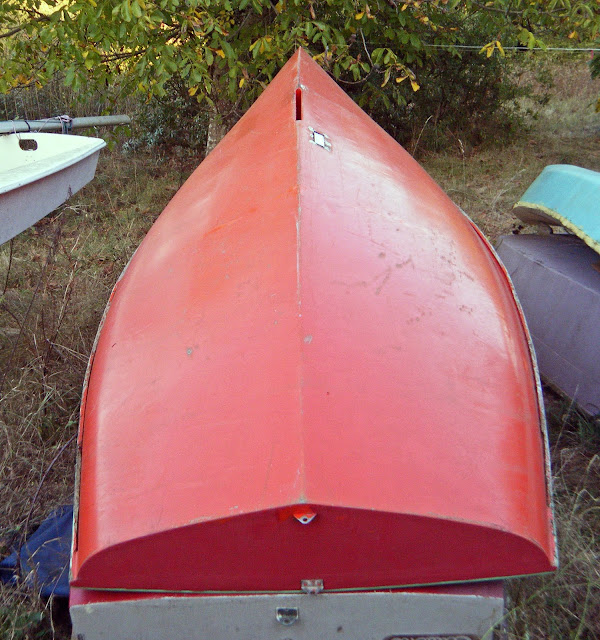 The rocker line looks very similar to a Mistral.

Bertrand finished the shell with his own decking in wood. The side tanks look tiny which is the old-style look. This definitely makes a commodious cockpit at the expense of more water sloshing about in a seaway. 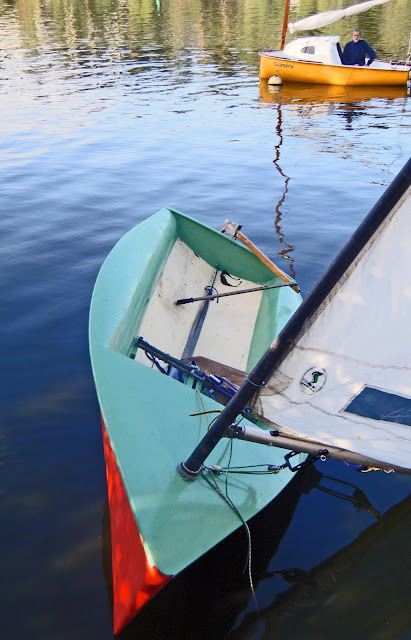 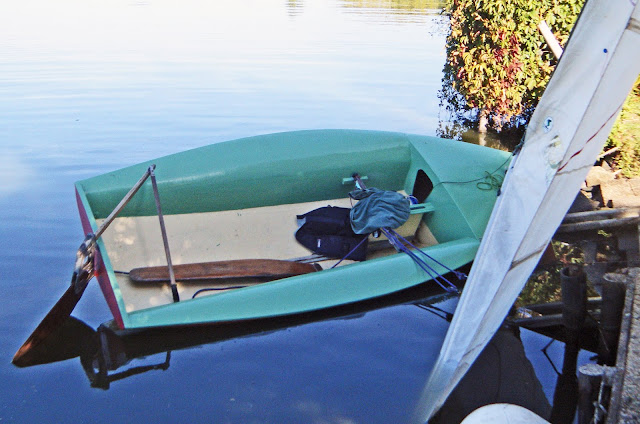 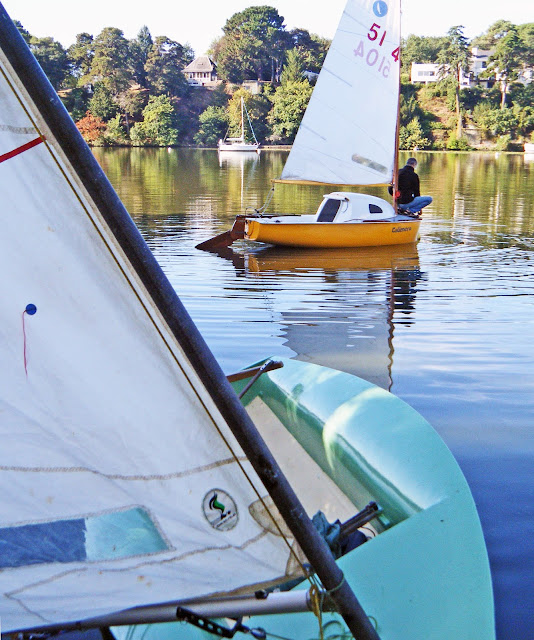 Posted by Tweezerman at 1:31 PM