Pre WWII, the L.S.S.A. 14 footer was Canada's premier dinghy racing class. A cat-rigged, lapstrake, design, George Aykroyd of Toronto was one of the top designers of the L.S.S.A. 14 footers. He did a "lake cottage" version, a stable, more sedate version, of which he built several thousand. Aykroyd restorations are ungoing; International Canoe and C-cat guru, Steve Clark, has one in his shop as we speak, undergoing a rehab. Silas Bialeki emailed me with another one he is offering up for restoration, located in Michigan.


"...about an Aykroyd 14' catboat that my family owns. It has not seen use for some 20 years now and has been stored inside here in SE Michigan. It came from Canada and was trailered down to await some needed work to make it sailable. We have come to the reality that we are not the people to take this boat on. I was wondering if you would have some leads as to who would be interested in taking on a mid sized restoration project of this beautiful little boat?...My main goal is to get the boat to a good home that will have her sailing again one day. My uncle bought the boat in 93 or 94 from a man in Desbarat, Ontario. It lived a season or two on Big Basswood Lake near Desbarat and then weathered a storm overnight while moored off. One of the stays broke and the wrenching of the mast opened enough of the hull to put her on the lake bed. She was raised and brought down to SE Michigan with the hopes of firming her up and going sailing again. 20+ years later and it still sits under cover, he is ready to pass it on...I suspect that there is a little of everything to be done. A few planks, ribs, and bits of hardware to be replaced. The canvas deck replaced, though plywood structure seems to be in relatively good condition. Naturally a new paint job would be in order. There are a few amateur repairs to the boat that mostly take the form of incorrect or non matching fasteners." 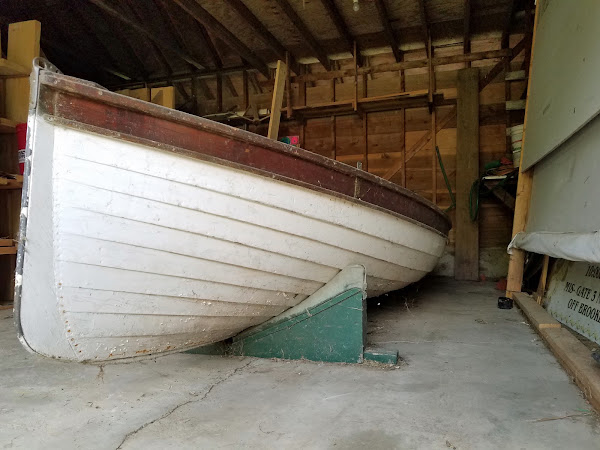 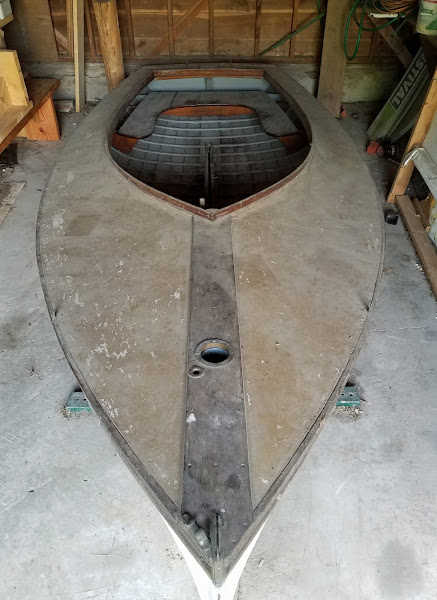 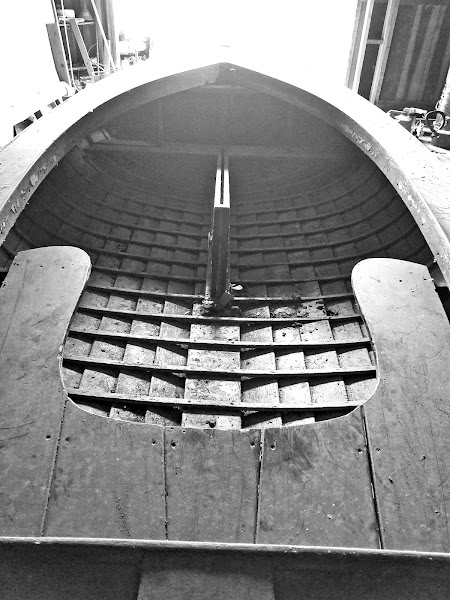 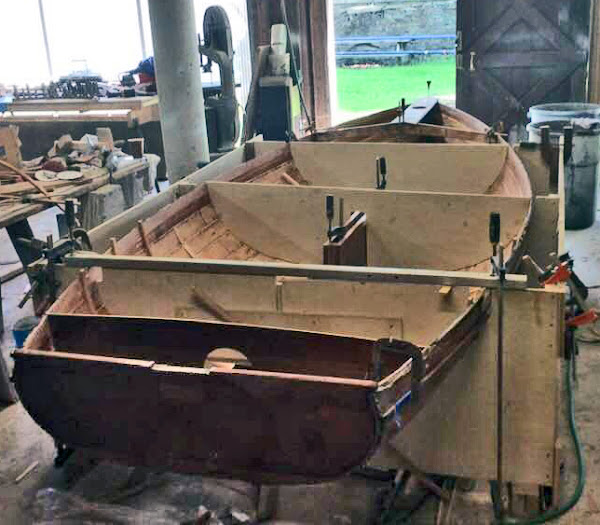 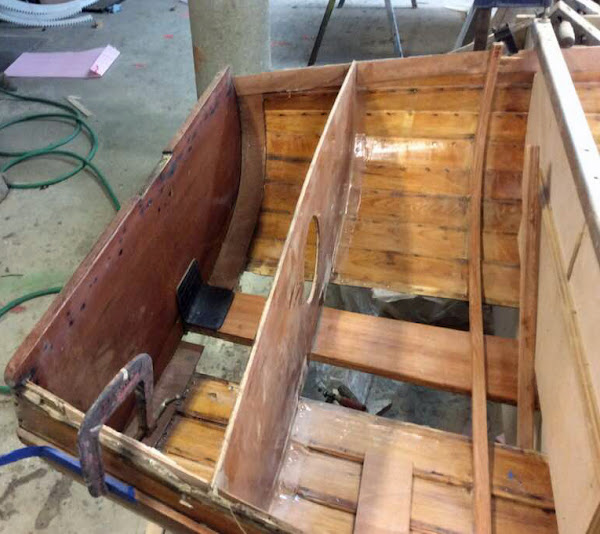 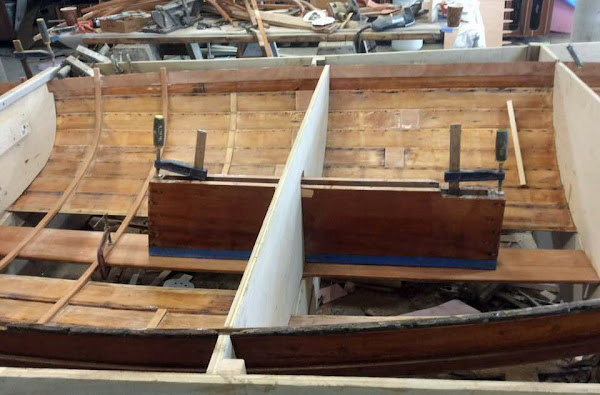 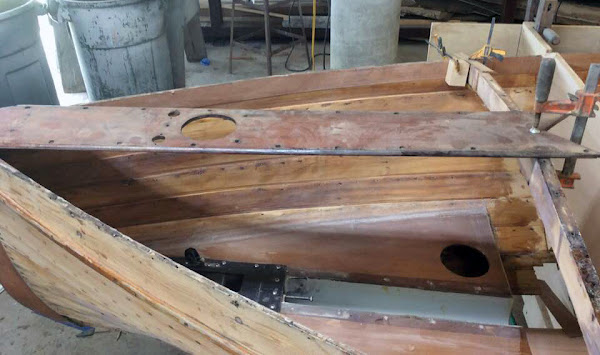 Posted by Tweezerman at 7:14 AM