"I have a fuzzy but still vivid memory of sailing a sit-on-top American Sailfish one afternoon as a teenager. Pure unadulterated fun blasting back and forth. No other craft gives you the feeling that you are part of that bow wave, curling and then flattening as it reaches you, bouncing and bashing, spray enveloping you, as you careen back and forth. The precariousness of fighting to stay on the slippery deck just adds to the adventure.

Two Alcort Sailfish photos culled from the Internet. The first is an ad for Rheingold beer featuring the Sailfish. 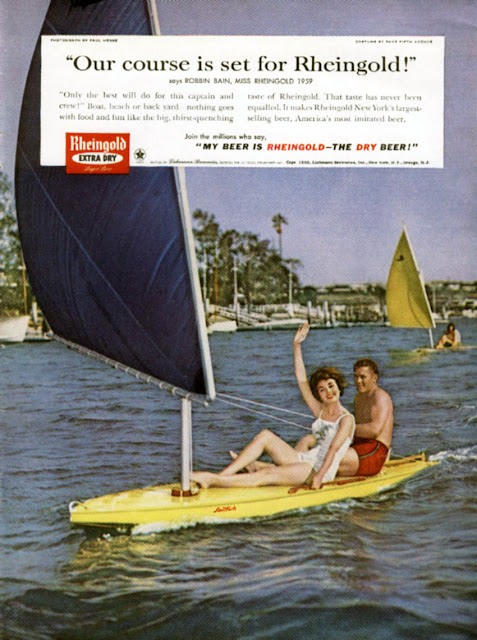 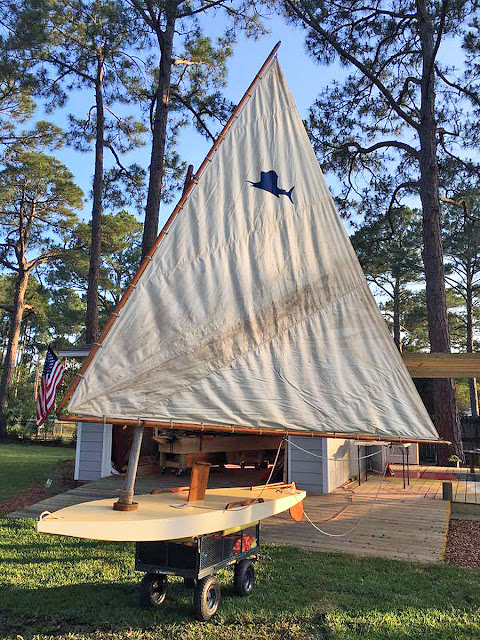 Chris Cleary, an Australian Sailfish owner, sends along (via email) his own tribute to the American Sailfish:

"The Alcort Sailfish deserves the love. That unsophisticated little boat, with its philosophy of simplicity and low cost, coupled with the practical features of ease of transport and ease of storage, would have given access to sailing to many, many people who otherwise would never have had an experience of the sport.

"The designers of the Australian Sailfish never made any secret of the fact that their boat was inspired by the original Alcort Sailfish and its underpinning philosophy. This is made clear on the Australian Sailfish website. The Australian boat is of similar overall dimensions and has the same sail area. It differs in that it is a scow, it's lighter and has a stayed Bermudan rig. These differences may allow it to point higher and plane earlier and faster, but they come at the cost of some of the simplicity of the original.

"As I have noted ... I believe the Australian Sailfish insignia is, in part, an abstraction of the Alcort Sailfish logo. If it is, and it's a view not necessarily shared by my sailing mates, I reckon it is an appropriate and appreciative acknowledgement of the inspiration for our Aussie boat. 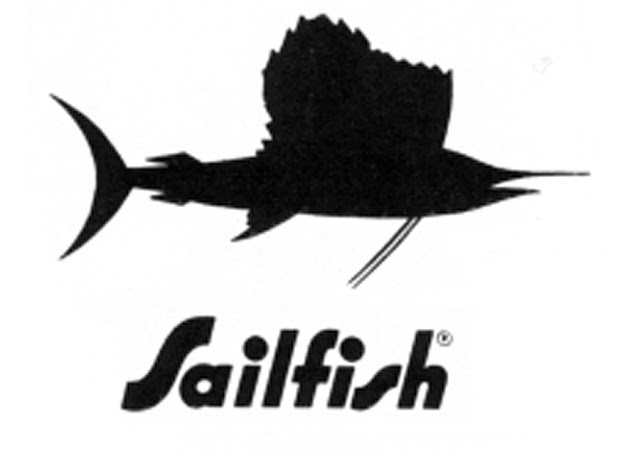 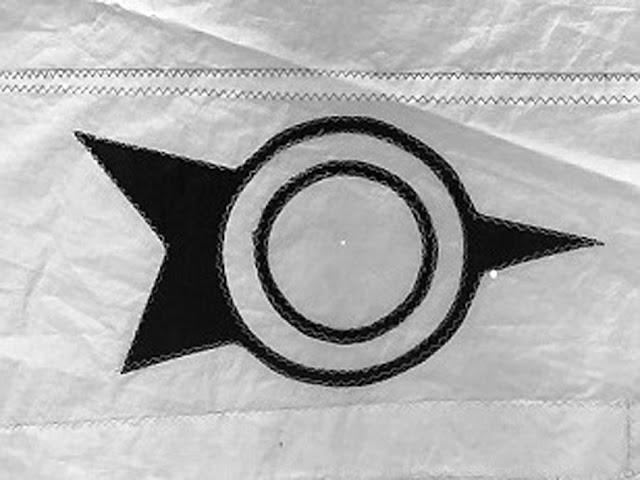 Posted by Tweezerman at 4:36 AM

Email ThisBlogThis!Share to TwitterShare to FacebookShare to Pinterest
Labels: Other sailing dinghies, Other singlehanders

ah, excellent post! I'll admit, I don't see the similarity in the logos, though. I've never sailed on a Sailfish - but I'm afraid I'm not nimble enough to avoid slipping and falling right off the thing if it started tipping too much. I'll take the comfort of my Sunfish with a cockpit.

(btw, I need to figure out how to get Blogger to notify me of new posts...)

Careful placement of that modern marvel, the SUP non-skid deck material, might help in staying with the boat.