Chestertown Maryland is where our local Classic Moth fleet has home-base. It is also where the assorted tall-ships and traditional schooners of the Mid-Atlantic Region gather on the last weekend in October for a festival called Downrigging Weekend. John Z. was taking his now-surplussed Mistral over to Chestertown that weekend for a demo sail (and possible sale) and I tagged along with my old digital camera to hopefully get some photos of these traditional ships. The Chester River is narrow up near the town so my feeble zoom lens would not be at such a disadvantage in getting reasonable photos.

The Kalmar Nyckel is a reproduction of a 17th-century Dutch pinnace based on a design of 1625. This tall ship, under the command of Peter Minuit and financed by the New Sweden company, brought Swedish immigrants over to settle New Sweden (now the state of Delaware). The Kalmar Nyckel entered Delaware Bay in March of 1638. The modern reproduction was launched on the Christina River in 1998 and is the official tall ship of Delaware. 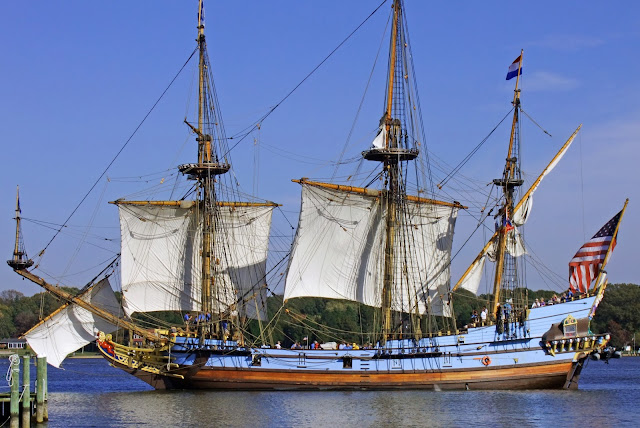 When I think of pirate ships, I think of a stern like this  (well maybe not the RIB). 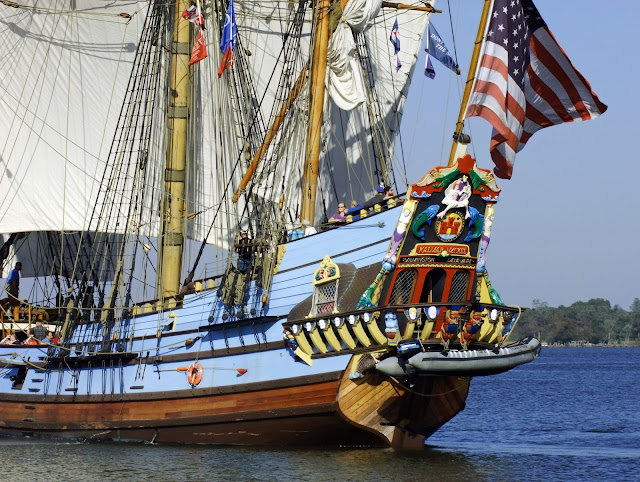 The Sultana is an 18th century Royal Navy coastal patrol schooner used to collect duties and pursue smugglers. The original was built in Boston in 1767, made its way to England where she was purchased by the Royal Navy and sent back to patrol the East Coast. The reproduction was built in Chestertown in 2001 and is also based out of there. 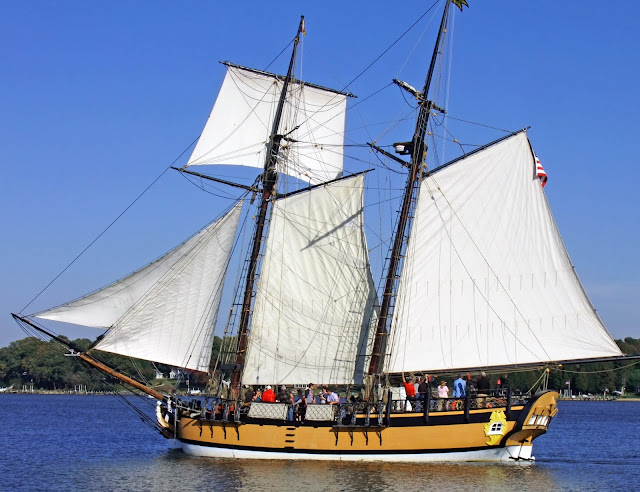 The Pride of Baltimore is Maryland's official tall ship. This is a reproduction of a Baltimore clipper, a top-sail schooner best known as a privateer. Long, lean, fast, the most famous Baltimore clipper, Chasseur, gained fame (or infamy) when it raided English merchant fleet off the British Isles coastal waters during the 1812 war. 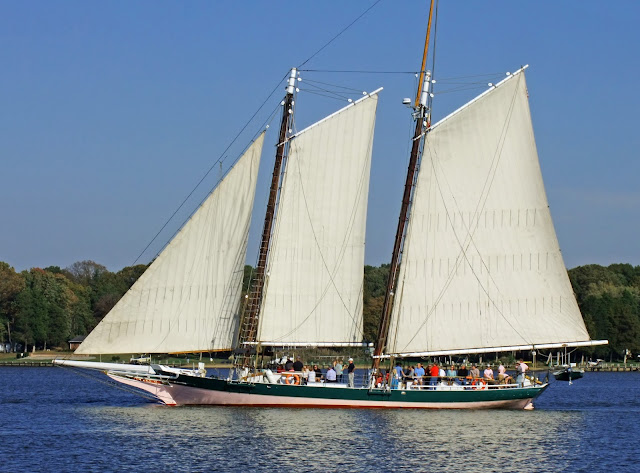 The stern on Lady Maryland is very pretty; upswept lines meeting a transom with curved topside. The boat on the davits looked to be a traditional Chesapeake Bay small working skiff. 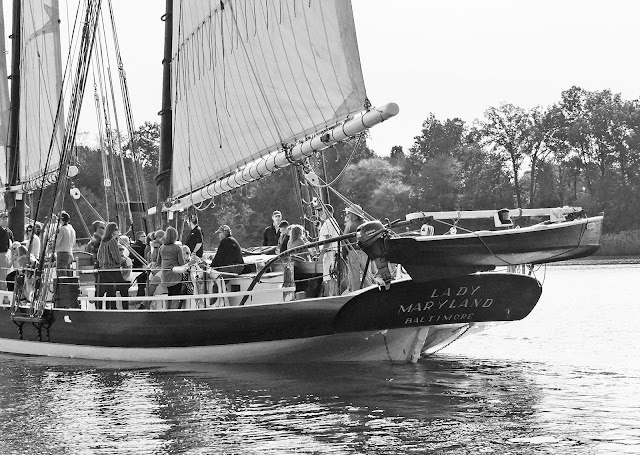 The A.J. Meerwald is a New Jersey oystering schooner. She is the original, built in 1928 and has been New Jersey's official tall ship since 1998. 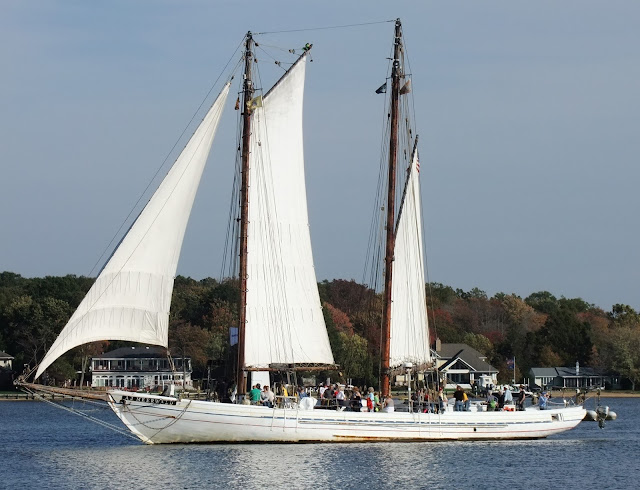 The Chesapeake Bay's own oystering work boat, the skipjack.

Back to the Classic Moths, John Z was able to complete the sale of his Mistral, Y2KBug. Here is the new owner getting sorted out.

From the Earwigoagin archives, the Classic Moth fleet racing with Chestertown in the background.