I covered the Australian Sailfish class at the Inverloch 2017 Classic Wooden Dinghy Regatta and this is the second post of that regatta to cover some of the other vintage dinghy classes that made an appearance. Attendance was close to fifty dinghies which was a record for this, still young, event. Many of these dinghies were also featured in photos from previous Classic Wooden Dinghy Regattas.

A nice shot of the Classic dinghies on the beach. A scow Moth and and yellow-sailed Impulse are in the foreground. The blue and white sail is an Australian Sailfish. 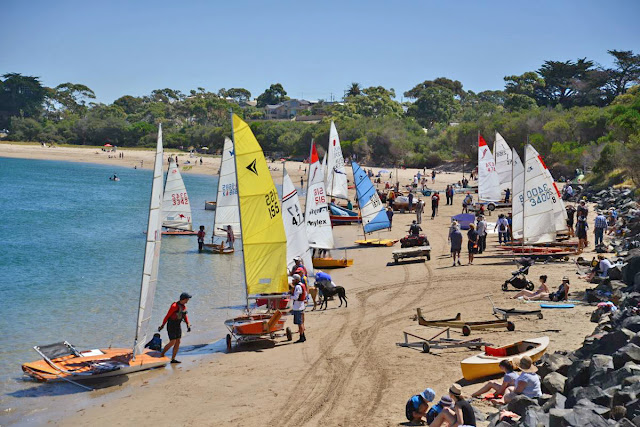 Another beach shot with the Mirror dinghies and their distinctive red sails to the fore. 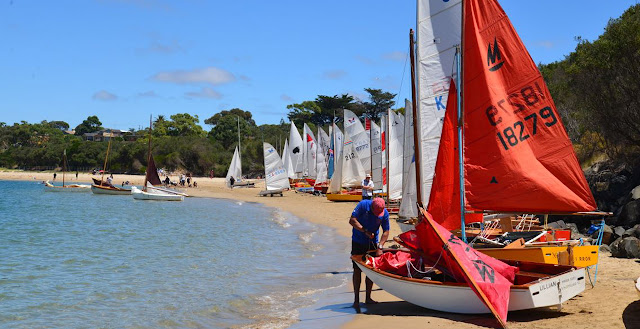 Australian scow Moth number 3130 is a Cole mouldie (wingless) design from the 1960's. This scow was painstakingly restored by Phil Johnson who had to reglue many of the veneers. 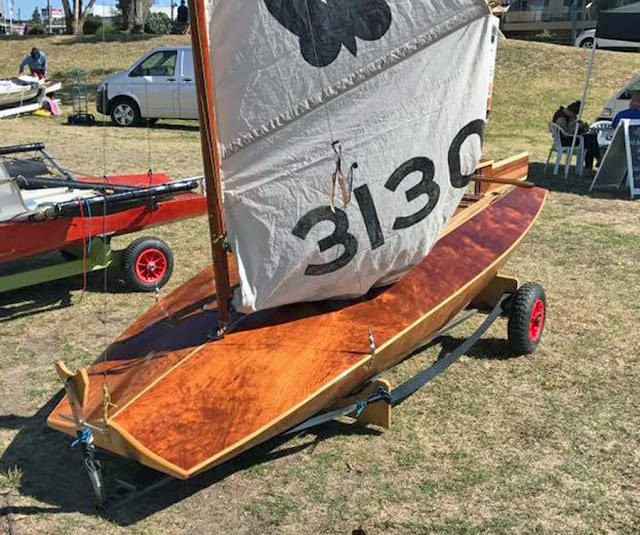 This is an Aquanaut class dinghy sailed by Graeme Cox. The dinghy is around the Mirror length, 10 feet, main and jib sporting a single-chine, plywood shape. (I think it was designed for stitch and glue.) Earwigoagin has posted about an aluminium Aquanuat. I'll see if I can find out more about this design. 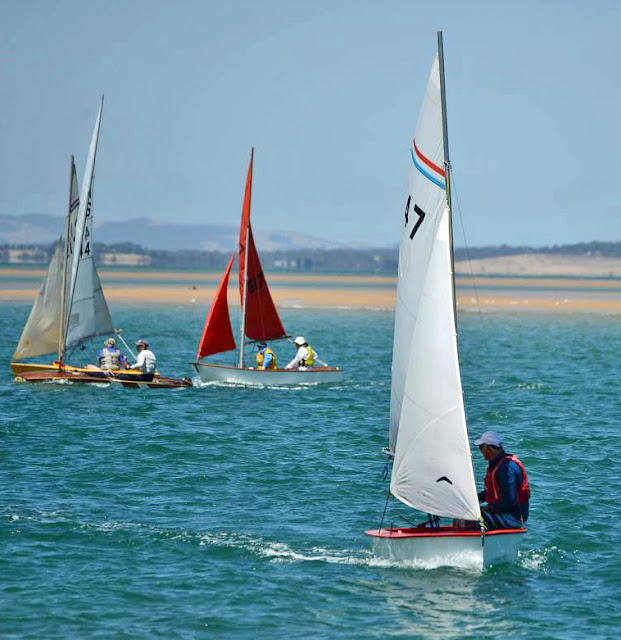 The Gwen 12 was a 12-foot single-trapeze design by Charles Cunningham. The class had large fleets in Australia up to about 1980 and the boat was known to be a heavy-air flyer. Two restored Gwen 12's showed up at Inverloch. (I think Earwigoagin correspondent, Andrew Chapman, is in number 2555.) 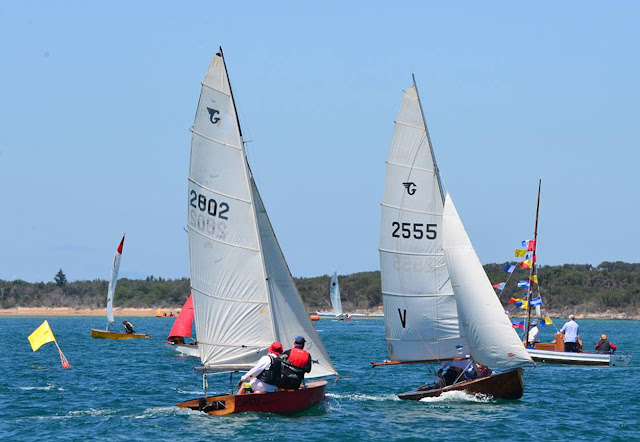 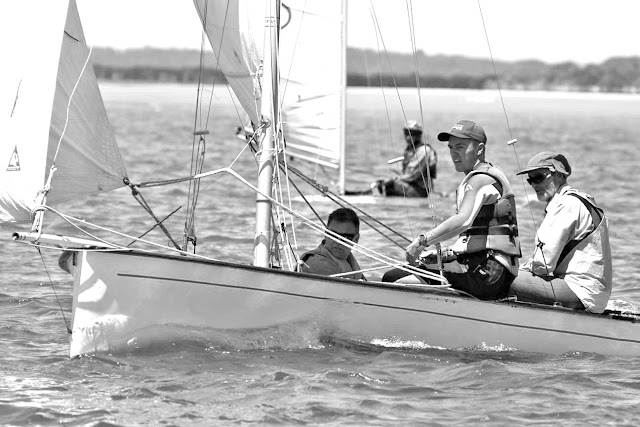 This looks to be a double-bottom Gwen 12 (yet to be confirmed). 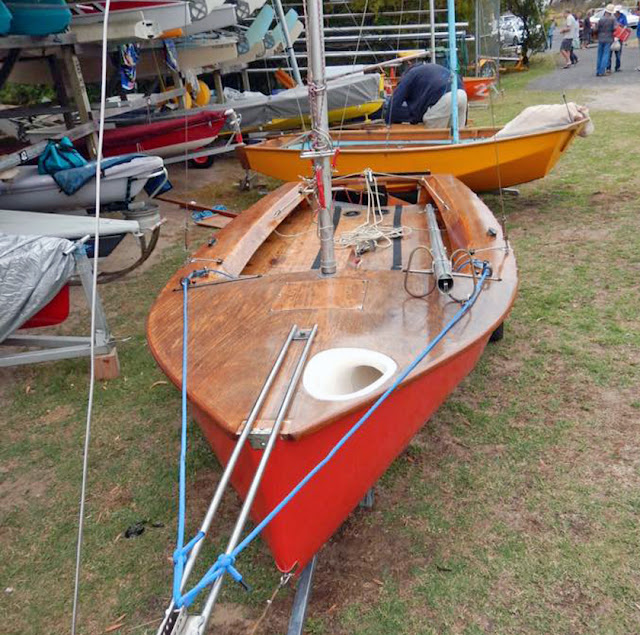 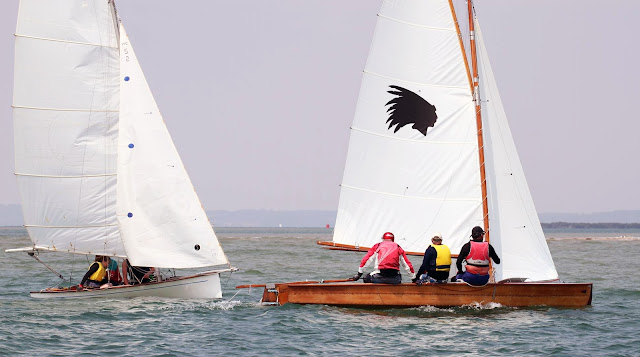 At the end of the racing, the dinghies transition from the beach to the "glade", a grassy area where spectators can look without getting their sandals gritty and the judges peruse for "Concours de elegance" awards.


The Australian Classic Wooden Dinghy Regatta is hosted by the South Gippsland Y.C.
Posted by Tweezerman at 5:19 PM

What an interesting mix - apart from the Moths, no class predominates......

Actually the Australian Sailfish had the largest turnout at this years regatta. Next year marks the 90th anniversary of the original Len Morris scow, Olive, and I would expect a very large turnout of Moths at the 2018 regatta. The 1950's, 1960's, and the 1970's was the great era of home-built plywood construction, not just in Australia. I think this regatta is the best at featuring dinghies from that era.