What's happening in the Classic Moth world in the winter of 2019?

Frenchman Bertrand Warion has designed and has in the molds, a cruising Moth designed for hopping around the rivers in France. The Bertrand Cruising Moth is overbuilt compared to a racing Moth (as would be expected). Bertrand envisions encountering lots of debris; logs, trees, cows, couches coming down the swollen rivers, given the increased rainfall. Global warming has blessed some parts of the world with rain and more rain.

His plans show a simple low-Vee design with a keel strake protecting the forward third of the hull. A nice rear seat completes this laid back design. 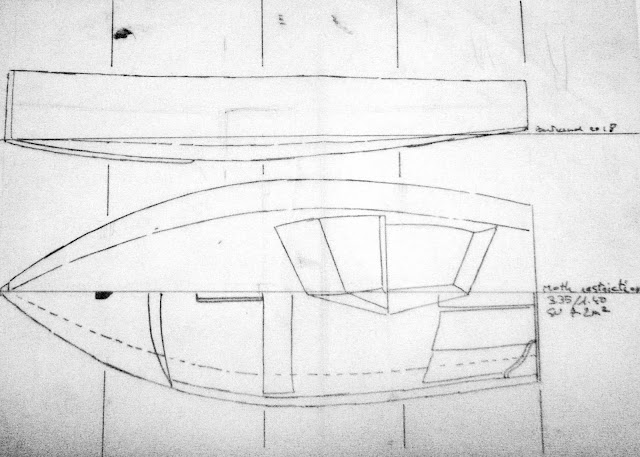 Substantial stringers and keelson show this Moth is designed to take some serious abuse. 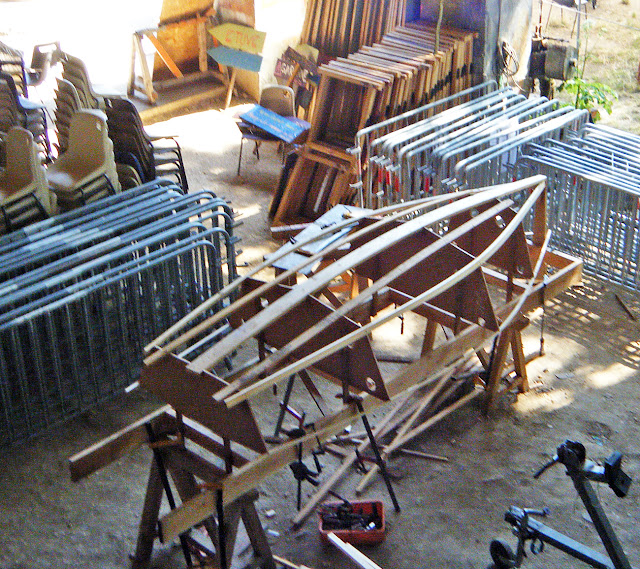 Brit John Butler was a serious designer playing the narrow waterline International Moth design game in the 1970's and 1980's. Now that John is in his 60's (age) he has designed a stitch and glue Moth he says will;
Pics from Facebook. 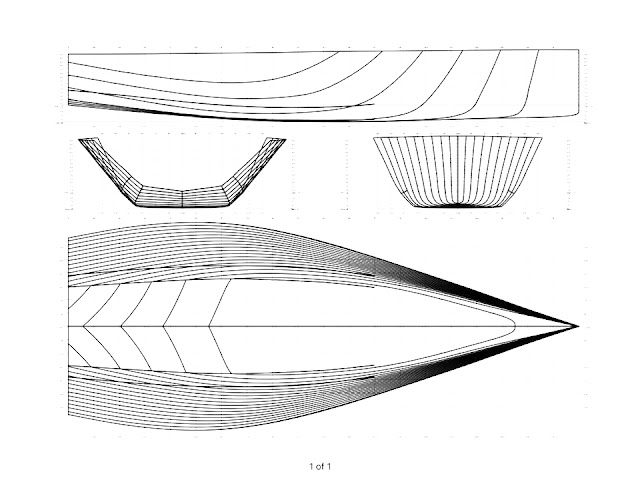 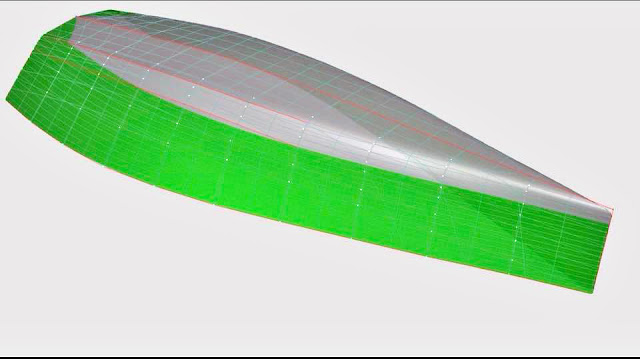 Here is John's 1.5mm mock-up of his stitch and glue design. Note the flat bottom and intermediate chine in the aft third of the hull. 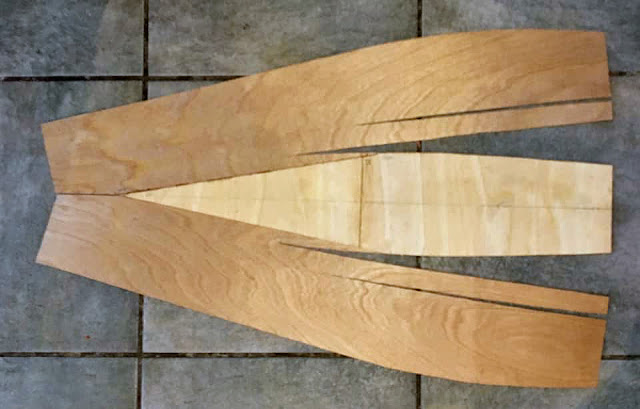 The German Tiger Moth was a modification on the Swiss Dunand Moth. Pics of the plans showed up on Facebook. Compared to the Dunand, the German Tiger Moth has narrowed the front sections and rounded the aft sections. There is also some very slight hollows near the chine. (I wonder how they build this?)

Finally the Dragùr "Disco Volante" Moth. A very simple scow design from 1958. Not a race winner but  would be a very simple build and still fun to sail. 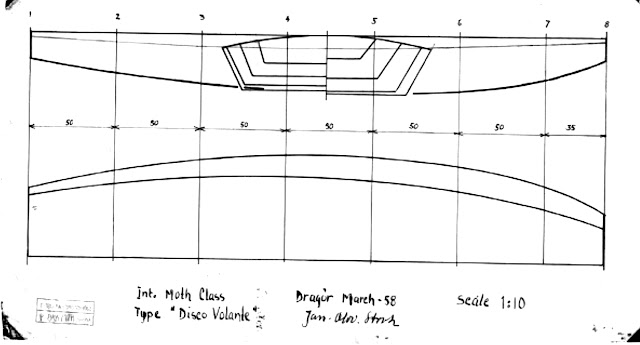 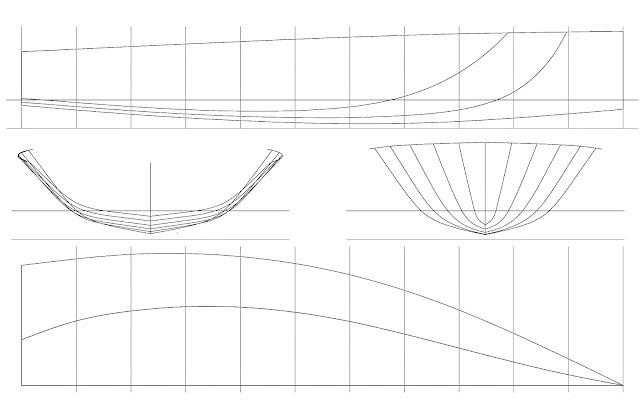 Posted by Tweezerman at 5:55 PM