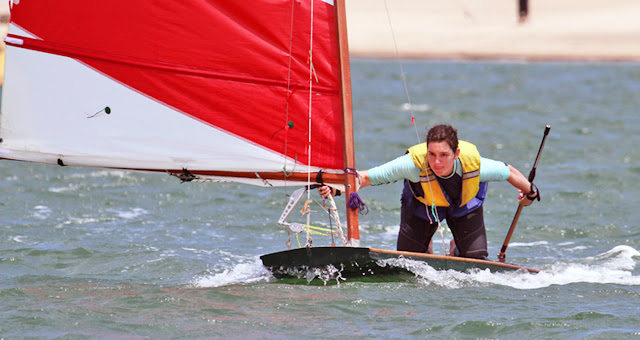 The previous header photo is from the 2019 ICWDR regatta; Emma Milton on Australian Sailfish 2192, Apsu, going into a jibe on a very narrow scow with very little clearance under the boom. I can't do any better than the description offered by Kiwi Neil Kennedy (who built an Australian Sailfish and sailed one for a while).


"The moment of truth before a full blooded, square-run gybe on a Sailfish. The bow wave almost level with the deck, a hand full of mainsheet, knees braced, tiller angled behind the back, ready to fling the boom across while remembering to hit the deck as the boom whistled across, all the while hoping that a sudden gust didn't arrive just as you heaved on the main sheet ! It was even more fun in a Sailfish as there was nowhere to brace yourself so... get it right!! or slide off the deck into the deep blue... laughing!

Ninety something, Jack Carroll, one of the original designers of the Sailfish, got out in his original Sailfish, Debonair. 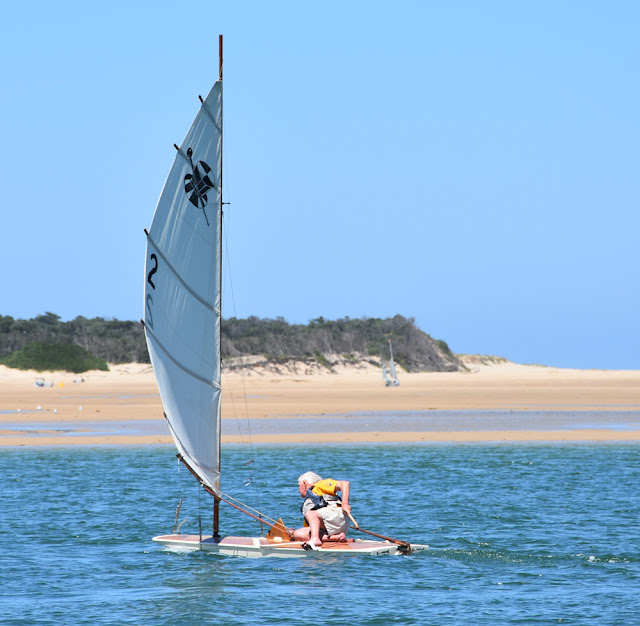 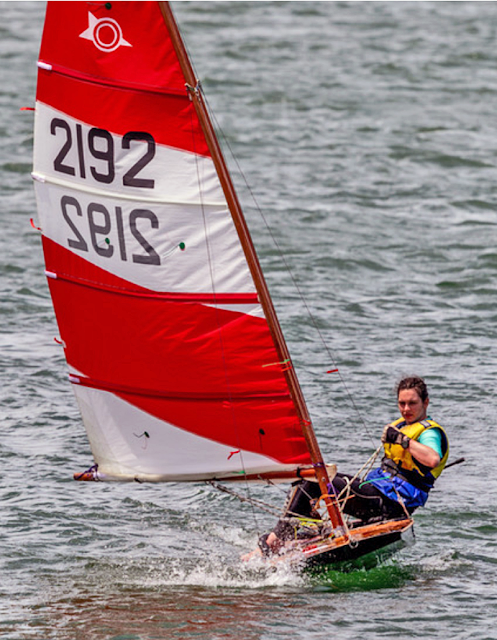 The fleet on the Inverloch beach. 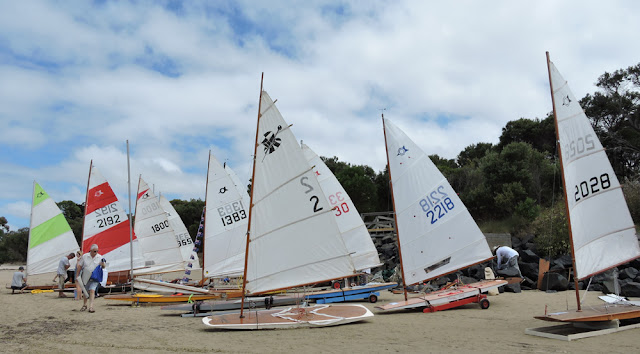 Beating among the sandbars of the Inverloch Inlet.

Greg Barwick sends along this report. Twenty Sailfish showed up at the ICWDR and Sailfish are now being built around the globe. Read more below.

I've put a post up with abbreviated plans for the Sailfish up on Earwigoagin but best to go to the original source for the Australian Sailfish plans.

Some other Earwigoagin posts about the Australian Sailfish.

Posted by Tweezerman at 4:40 PM