Another Cricket Dinghy Pops Up


The Cricket class is one of two (the other being the Lark scow) small sailboat classes that mark the beginning of small sailboat class racing in the United States. The Cricket and the Lark date to the late 19th century, early 20th century. Tommy Dunbar sent along photos of the second extant Cricket I have come across, a beautiful restoration he completed two years ago. Tommy writes:


"I thought you might [be] interested... to know my family has one here in Annapolis MD. The boat was my great grandfathers and I just recently finished restoring her. I have only came across one other Cricket Dinghy like it which was posted in your blog. We don’t know the exact origins of the boat but someone said it could have come from the old Ventnor boat works by Atlantic City NJ. It is believed to have been built sometime in the late 20s or early 1930s. I finished the restoration over two summers [ago]..." 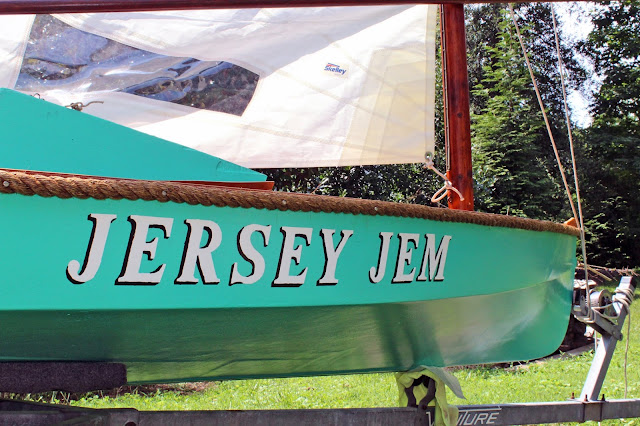 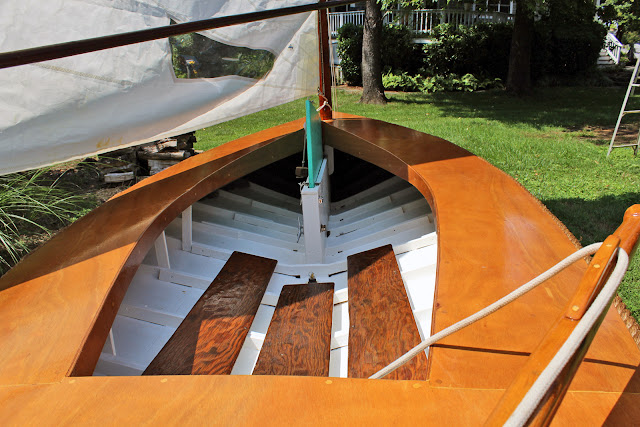 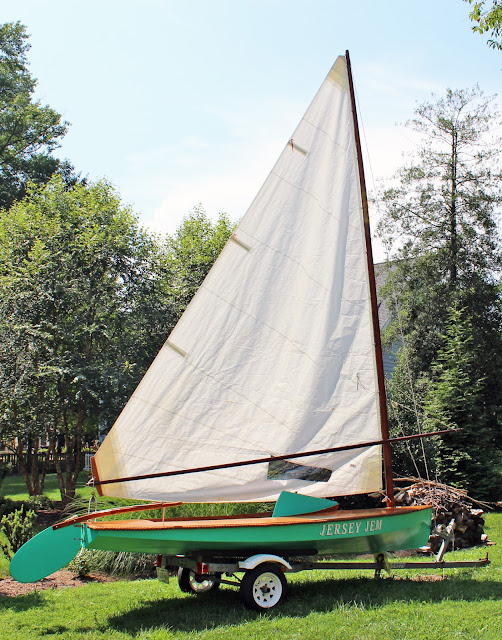 Posted by Tweezerman at 5:46 PM

Years ago I briefly saw a "Jersey Jem" on a trailer going down the road (Route 40, I think near Malaga, NJ)--perhaps this same boat? The current color scheme(Mint green and varnished decks)makes this boat look like a big brother edition of my Bill Lee-built Moth Boat "Mint". Pix of "Mint" can be seen here:

Since Crickets were an active class in the late 40s-early 50s in the south Florida area I'm tempted to think that Miami-native Bill Lee took his inspiration from that larger boat.

As for southern New Jersey, if indeed "Jersey Jem" was built by VBW she must have been a one off or at the most, part of a limited run since the Cricket Class was not active in our waters (at least not during my life time) and I've never seen any mention of Cricket Class boats in any VBW brochures or advertisements either pre or post WW II. VBW, founded in 1902 by Adolph Apel is probably better known for their 3 point hydroplanes and war time sub chasers. Many of the small sailboats we associate with VBW came after the war as a way to keep the work force employed after fed gov contracts expired.

Final note; late in his life, Bill Lee constructed a 14 foot version of "Mint". I believe George Bailey may still have that boat. Bill completed the hull but I don't know if he built a rig for her. It would be interesting to know if he envisioned a wish-bone boom, as on the Cricket, for the larger "Mint" or not.

I agree. Most top designers are well aware of design and performance of other classes and are willing to incorporate design features they like in their own designs. I also see an almost identical Cricket transom in the Bailey "Florida Moth" (now known as the Florida-Cates). I think you are probably right that VBW didn't build this Cricket, but then again, some of the history during the 1930's gets very hazy. (Were VBW building any sailboats during this period - I assume so. What's the earliest VBW Mothboat?)

I stumbled across a Cricket in the rack on the second floor of the Independence Seaport Museum in Philly last year. I understand these are local finds, which their team restores and sells.

Cool. Another Cricket. I wonder if they have better documentation of the background to this one? Thanks Anon.