The American sailing magazine, One-Design and Offshore Yachtsman, in modern times, morphed into Sailing World, actively published art covers back in the 1960's. Here is the sampling of the OD-OY covers from 1965.

Gerado Contreras did two very expressionist covers for OD-OY in 1965. 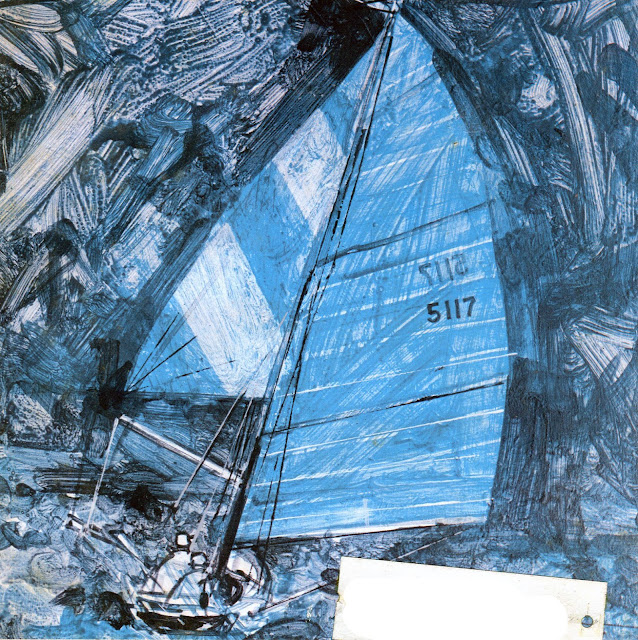 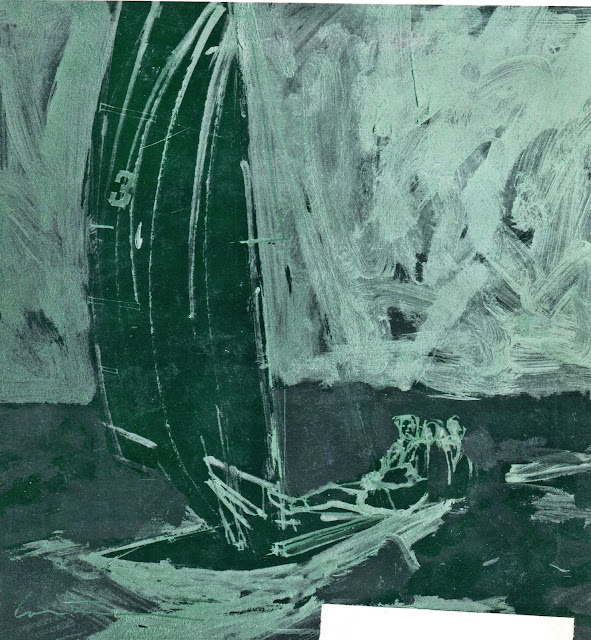 
Jim Dewitt, a San Francisco artist, has been very famous for his sailing paintings, for over 40 years. He is the one artist that seems to intimately capture the breadth of action in sailing. Here is his OD-OY cover in 1965 with big-boat action getting the sails trimmed. 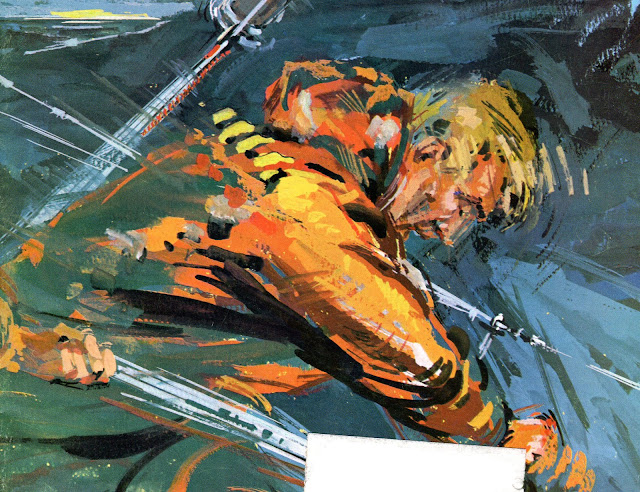 Ted Brennan was one of the major illustrators of the One Design and Offshore Yachtsman. His pen and ink sketches made it onto the cover several times. (I am sure the starter's pistol would be very mistaken in today's culture - and I think it very odd to include it even back in the 1960's, especially with the theme of youngsters and model boats.) 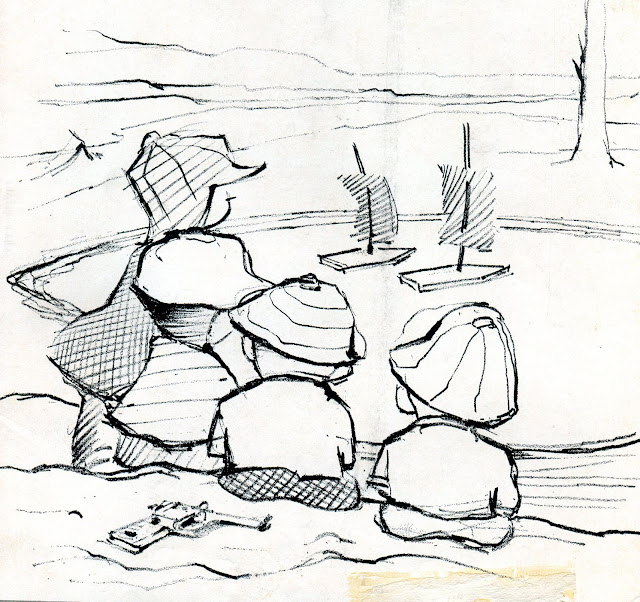 Another Ted Brennan sketch of the weekend exodus out to the sailing club, or the lake outside the city, or the weekend regatta, or to the big water. 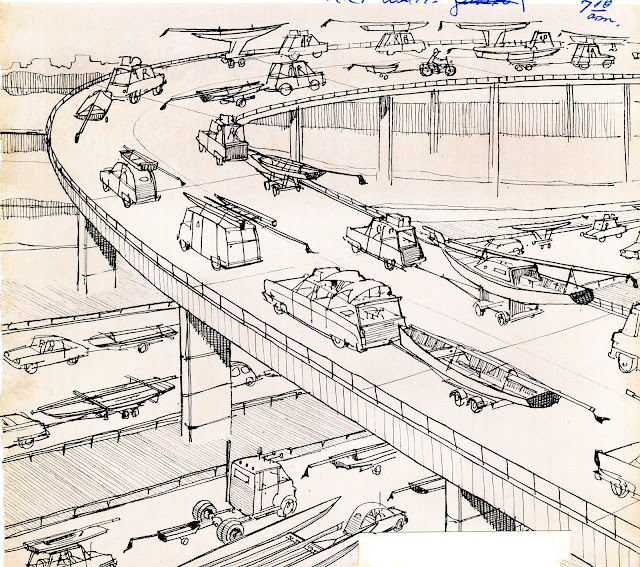 Posted by Tweezerman at 6:34 PM