Music Whenever: Portugal, The Man "What Me Worry"

I haven't posted a music video for three years but with all the sh%#@t going on, this one seemed most appropriate.

Posted by Tweezerman at 3:56 PM 0 comments

Back again, at least for the moment. Been off keeping myself amused with various non-sailing, non-social larks during COVID-time. I'll try to post to Earwigoagin irregularly, particularly if it is easy; if stuff lands in my lap.

John Z went off down south for the Classic Moth Midwinters and relays the news. Weather was beautiful in Gulfport, Florida; sunny 80F (26C), light winds in the morning with the regular breeze clocking in for the afternoon. Nine Classic Moths showed up with the CMBA resident professional and all-around nice guy, Jeff Linton, again making off with top honors. Shore photos are from John Zseleczky and on-the-water photos from Amy Linton (which I have converted to black and white in my own fashion).

(George Albaugh has his more extensive Midwinter report up on his blog.)

George Albaugh with his wooden Europe on the Gulfport YC dinghy lawn. 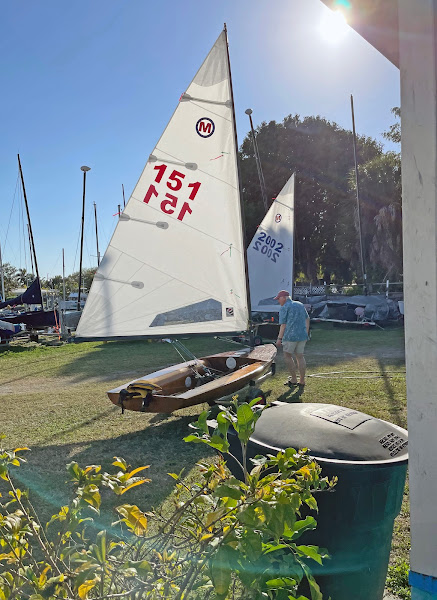 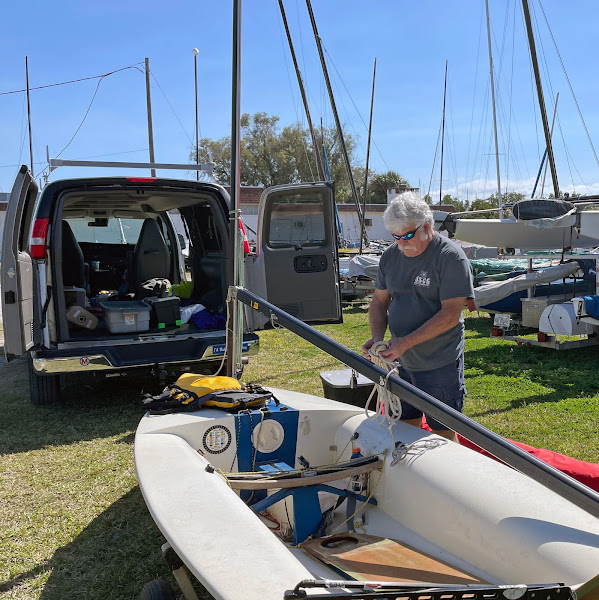 Jamey Rabbit with no. 134, his new modified Mistral design. Jamey had teething problems on Saturday but came back strong on Sunday, posting 1st's and 2nd's. Jamey started this project back in 2015, seven years to completion, which is getting into my extended time frame for boat projects. In the photo below, you can definitely see he pinched in the topsides up forward. (Compare to the standard Mistral shape of Joe Bosquet, no. 48, in the background.) 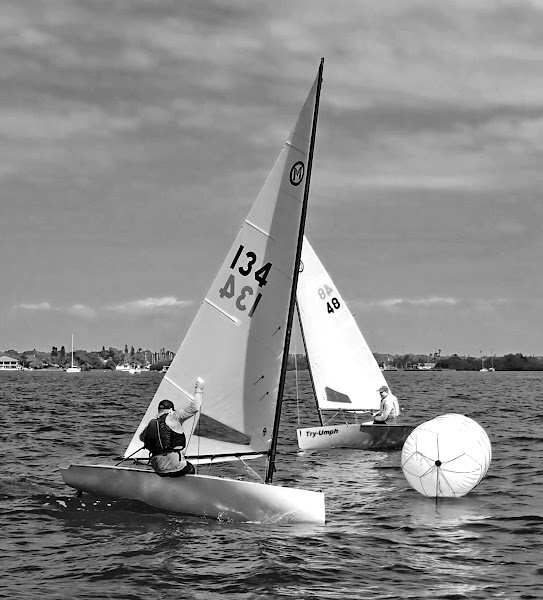 Jamey Rabbit rigging. His new Classic Moth has carbon bits and bobs all over the place. The aft deck looks like you could launch drones off it. Jamey documented his Classic Moth build over at his Blackberry Boatworks blog. 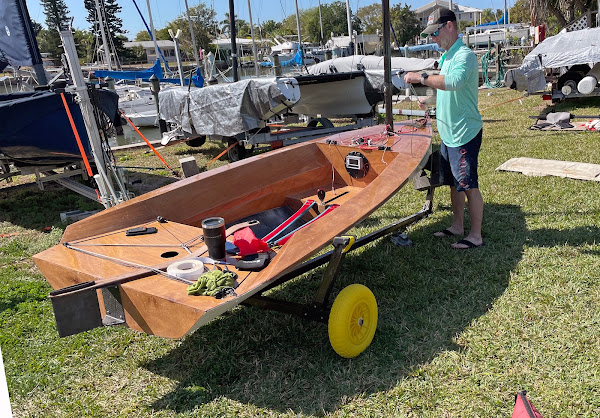 Mark Saunders in his modified wood-redecked Europe giving Jamey Rabbit a run for his money. Mark would win the Gen 1 division. 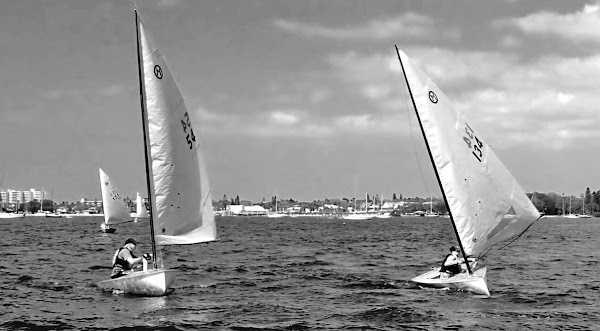 Mark Saunders in his Europe upwind. From this angle looks very similar to my Maser. I've been looking at film photography recently and somehow I rendered this photo in Photoshop very much in the ethos of Japanese street photographer, Daido Moriyama; very contrasty with bright highlights and darker darks.

A start. Jeff Linton, no.102, has already got a nice jump on the fleet.

Mike Parsons catching up with Rod Koch (the other Rod). Rod, along with Jeff is a past Sunfish champion. Rod raced a modified Europe back around the 2010 time frame. 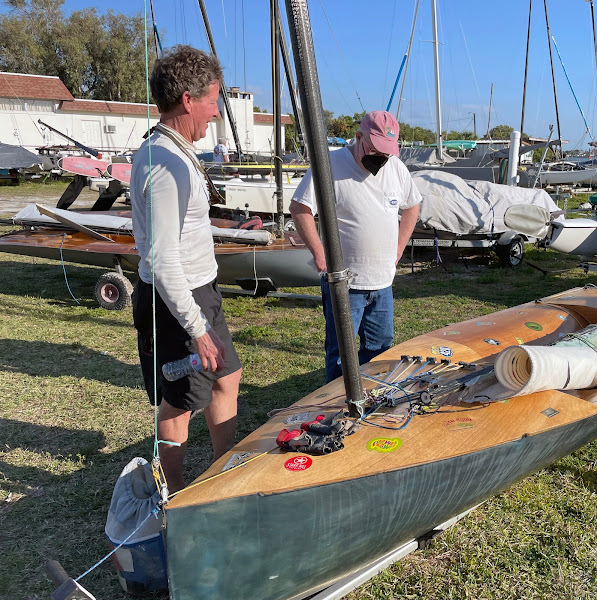 Joe Bousquet holding a slim lead over Jeff Linton at the reach mark.

Mark Saunders in his Gen 1 Europe holding off the faster Gen II Mistrals of Mike Parsons and Joe Bousquet.

Posted by Tweezerman at 3:48 PM 2 comments