Micro Dinghy: A 6-Footer Buzzing through a Cruising Anchorage

I chanced upon this video of, what I assume, is a cruiser-built micro dinghy showing her stuff in light wind around an anchorage off Senegal. A flat bottomed skiff with just a hint of a raked bow and a balanced lug rig, the performance of this tiny craft looks more than satisfactory. (Plus I'm a sucker for the African Soukous soundtrack.)

Dimensions given at the end of the video are:

You can view some other Earwigoagin posts about micro dinghies by clicking here.

Posted by Tweezerman at 7:55 AM 1 comments

Email ThisBlogThis!Share to TwitterShare to FacebookShare to Pinterest
Labels: Micro Dinghy, Other sailing dinghies, Other singlehanders

The first one is of the foiler Moths. I know there is a gajillion foiler Moth videos out there but this video is interesting in that it is about equal parts in getting it right and equal parts in getting it wrong. With the foilers, if the wand can't stay up with the speed, it's down, down we go...real fast....Stuff City! TOH to these intrepid athletes because it looks as if the wind speed was at the upper limit of control for the foilers.


The second video is of the recent speed record run of kitesurfer Alex Caizergues, probably at that specialty course set off the coast of Africa (Wavedancer has commented that the record was set on a course in France) Sit back and marvel at this guy going 60 mph, inches away from a sandy oblivion). I like how, at the end of this video, his assistant is holding a strap off his back to ensure the fellow doesn't fly away, Mary Poppin style, as he raises his arms in triumph.

Posted by Tweezerman at 1:40 PM 1 comments

Picture lifted from the 1896 issue of Outing magazine. My discussions on the origin of the Star keelboat can be found here and here.

Posted by Tweezerman at 7:16 AM 2 comments

A great song about a man's love affair with a car. At one with a living entity - something more than a machine..... Just the same with our boats.....

"The Man and His Machine would go"

Email ThisBlogThis!Share to TwitterShare to FacebookShare to Pinterest
Labels: Americana, Music for Fridays 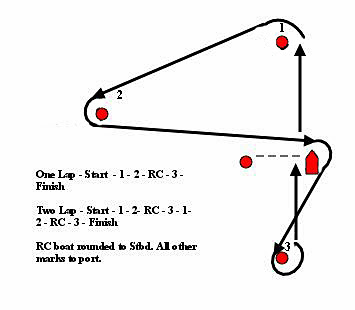 Posted by Tweezerman at 4:18 PM 2 comments

Forget about strapping a GoPro to the end of your boom, or somewhere up around the bow, or at the masthead. Booooring! Get yourself one of those $600 radio-control helicopters, the four rotor kind designed to hold one of these small video cameras; fly it around and get all these cool shots from 20 to 40 feet above the water. This is the first sailing video I've seen using this new technology. Expect to see a slew of these aerial sailing movies.

Posted by Tweezerman at 4:00 PM 5 comments

Music Whenever: Maylee Todd and Doctor EW, "I Can't Go for That"

A great basement cover of the boppy Hall and Oates tune "I Can't Go for That". I think these two are based on the West Coast.


MAYLEE TODD & DOCTOR EW - "I Can't Go For That" by Hall & Oates from Southern Souls on Vimeo.

Correction: After more Internet browsing, I determined that Maylee Todd is out of Toronto.

Posted by Tweezerman at 2:43 PM 0 comments