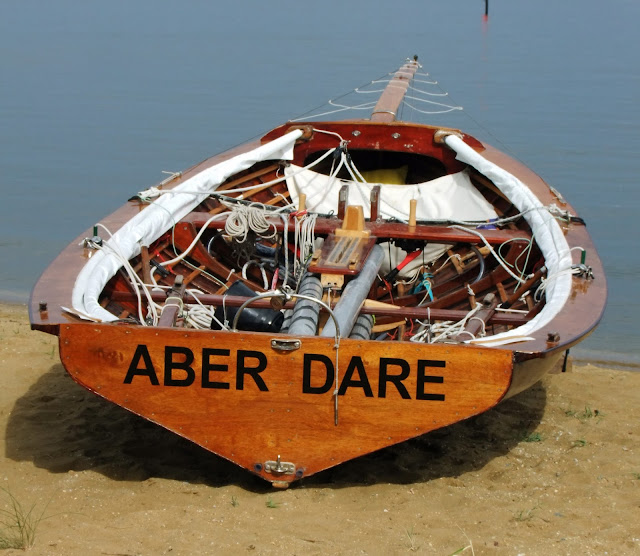 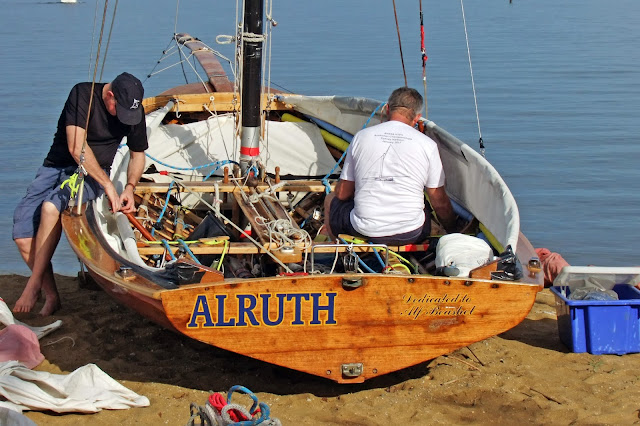 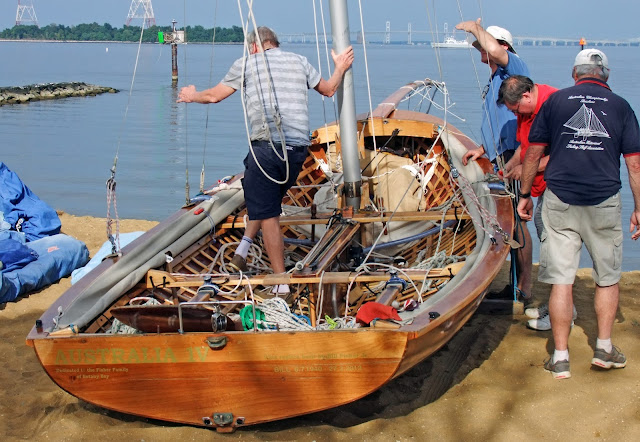 Posted by Tweezerman at 6:22 AM 0 comments

When the Aussie Historical 18-footers came to Annapolis, Bob Ames also shot the following two videos (as well as the photos from the previous post) of the 18's on Bembe Beach.

As mentioned in a previous post, three Australian Historical 18-footers were in Annapolis this past week to race against each other as well as the National Sailing Hall of Fame's two sandbaggers.

The 18-footers launched off of Bembe Beach, hosted through the courtesy of the Annapolis Sailing School.

Bob Ames got to be one of the guest crew for one of the race days and sends along these photos he took of the three 18-footers rigging and launching from Bembe Beach. 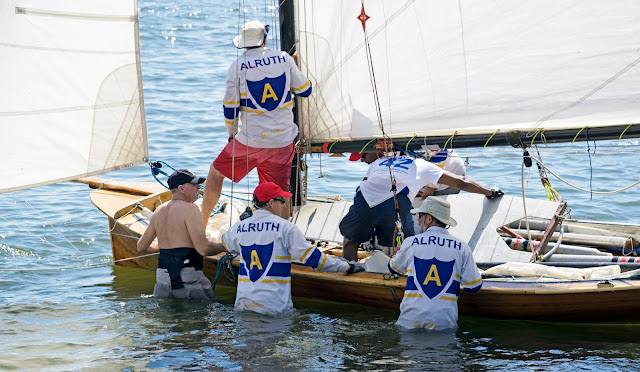 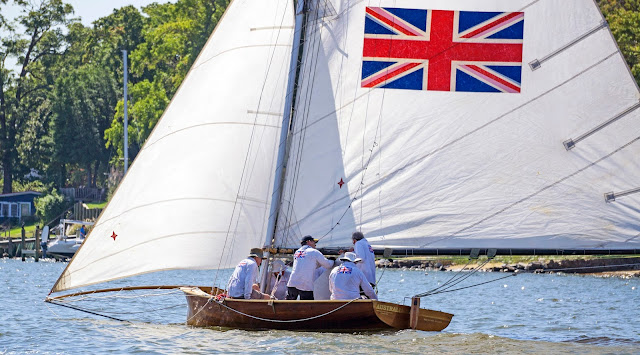 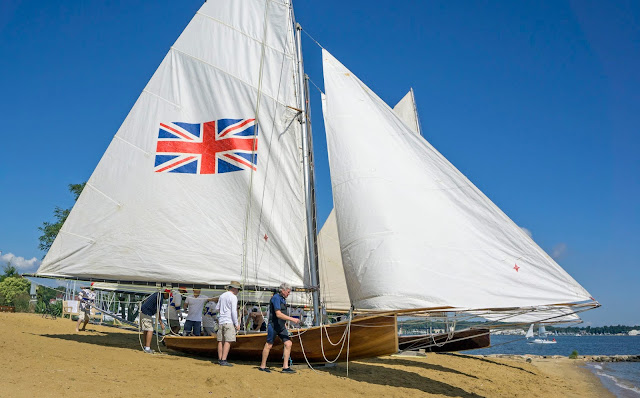 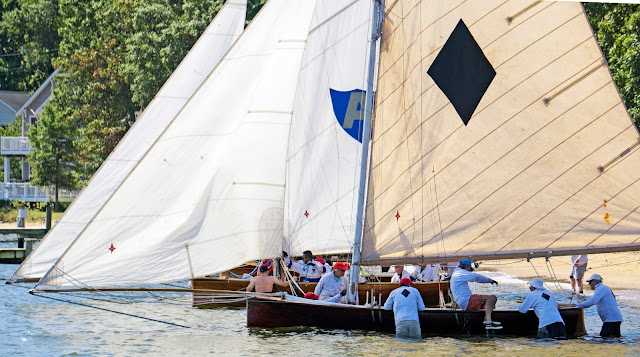 Posted by Tweezerman at 5:10 PM 1 comments

The previous header photo was of the Australian 49'er I plucked from the Internet, hence the location is unknown, but, if I had to guess, I would say this is a screen shot from the famous/infamous medal race at the 2008 Quingdao Olympics.

Posted by Tweezerman at 3:03 PM 0 comments

Nope, I'm not posting about the Jack Holt designed, 3.2 meter, 10.5 foot junior dinghy, popular internationally. This is the Australian 12-foot Cadet, a lapstrake open dinghy, designed in the 1920's and still used as a junior trainer by the Royal Brighton Yacht Club in Melbourne, Australia. The 12-foot Cadet, definitely an anachronism in this modern age, is still used by the RBYC and seems very much at home in the big wind and big water of Port Phillip Bay.

A vintage restored Cadet Dinghy. Sporting a skeg and gently swooping sheer, you couldn't get any more classic lines for an old traditional dinghy, . Big winds, big waves, spinnaker pulling. The juniors sail them three up and the modern ones are fiberglass with aluminum masts. These dinghies do sport big rigs and a jib that hangs off a bowsprit, both are hallmarks of vintage Australian dinghies. 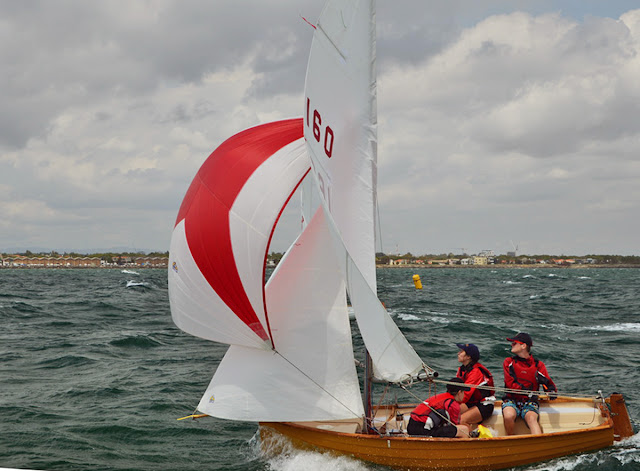 Posted by Tweezerman at 5:12 PM 2 comments 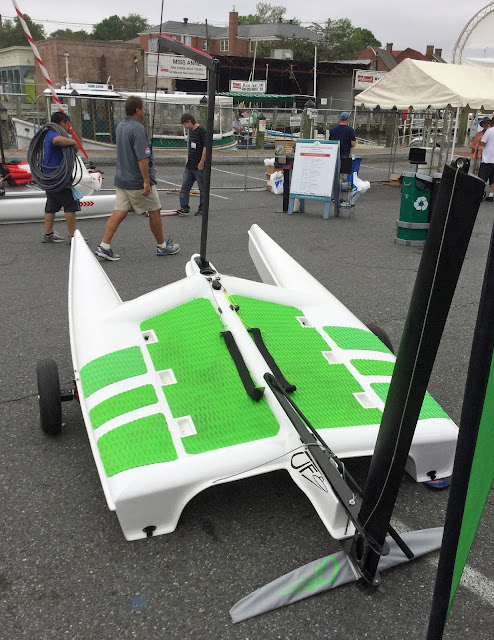 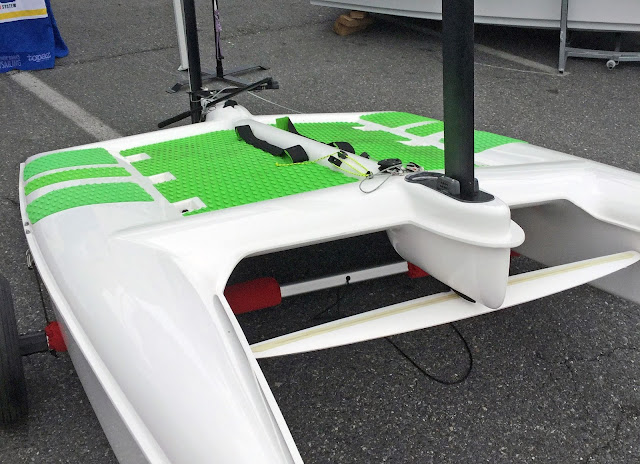 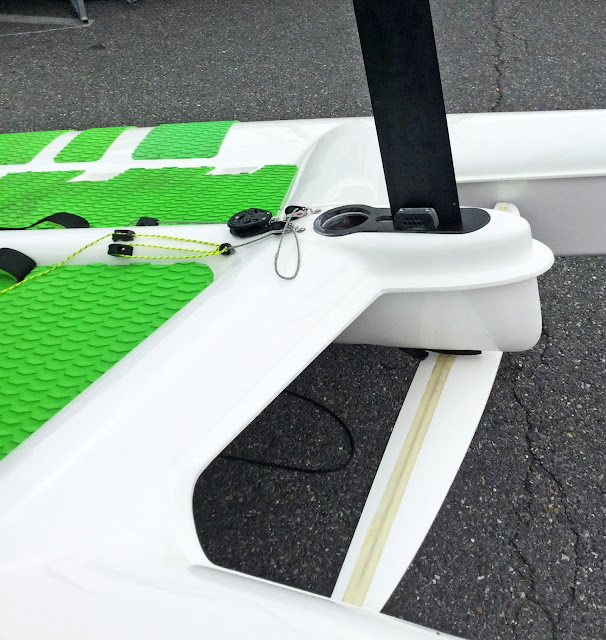 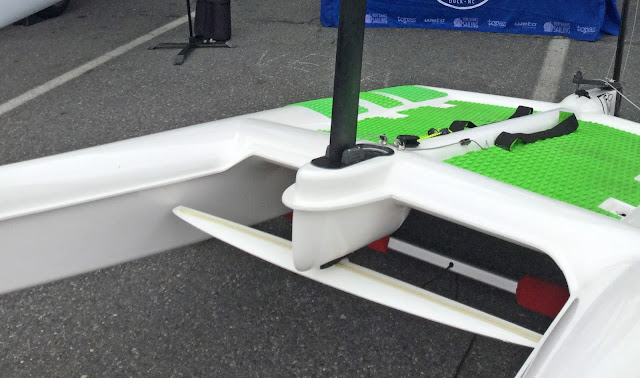 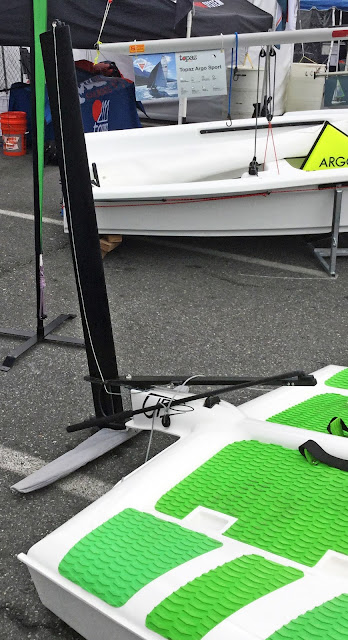 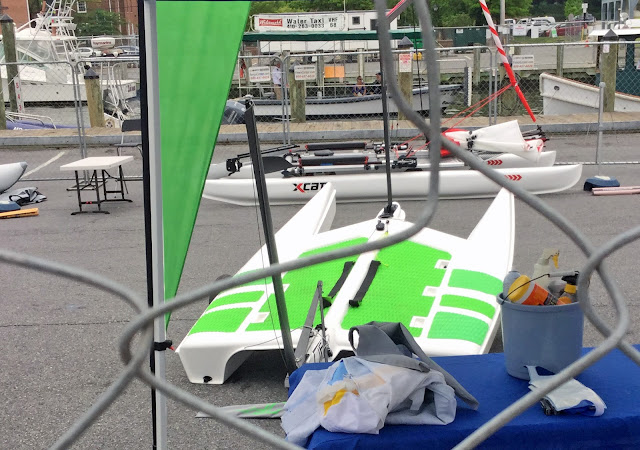 Posted by Tweezerman at 9:23 AM 4 comments