Music Whenever: Caroline Smith "She Ain't Got It"

One week after Valentine's Day, let us regress into a "He done me wrong, He ain't got it" song....

Posted by Tweezerman at 6:01 PM 1 comments

And Now from the Other Brother

To forestall any sibling rivalry (as if being mentioned on my blog merits any delusion of Internet notoriety!), Tom Price, brother of ice boating expert, Chris (mentioned in my previous post) has sent along some vintage Classic Moth pictures from the Baltimore Sun photo archive. Tom was doing some research for a historical talk he was to give to the Gibson Island YC when he stumbled on these. 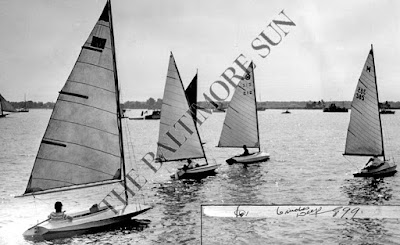 John Jenkins, sailmaker to the current day Log Canoes, picked up the log canoe rig features (club clew and sprit boom) that this Mothboat had adopted 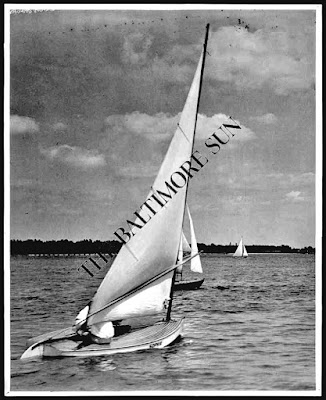 Posted by Tweezerman at 5:15 PM 1 comments

Regular readers of this blog know that I have some friends that love fast sailboats. No surprise then that many of these same friends own iceboats, namely the DN class iceboat . Iceboat owners living in the Mid-Atlantic are a patient lot. With our moderate winters, an iceboat doesn't see the light of day very often; years can go by with the iceboat tucked away in the garage. This winter was an unusually cold one for December and January, so it wasn't unexpected when I got a phone call from Bill Beaver at the beginning of February; "there's thick ice up on the Pennsylvania lakes, want to go up with me on Friday and do some DN sailing?" I've done this a couple of times in the past. I usually take my ice skates along and then cop a ride on a DN whenever someone wants to take a breather. Memories of great fun and so it transpired that at "0-dark-thirty" (a favorite Bill Beaver expression) I was riding shotgun in Bill's Volvo, heading north around the Baltimore Beltway toward the Pennsylvania border.

Bill had one more surprise for me.... somewhere between my last DN outing (5 years ago? maybe 6?), Bill had acquired a second DN.... I was going to have a DN all to myself!

Blue Marsh Lake outside of Reading Pennsylvania was our destination. Three other iceboat nuts showed up; former International Canoe competitor and long time friend, Roger Link from just south of Annapolis, Chris Price (forward hand on the very successful Price brother team during my International 14 days), and Jim Irwin from Riverton YC, Philadelphia. Wind was calm until about 11 am, then filled in from the south, but very streaky. We did get gusts around 10 knots, but also some calms and a big zonal shift; more westerly over on the western finger of the lake, more southerly at the southern shore.

This didn't matter to me. I'm all into joy riding these speedsters. Laying flat, head propped up with the ear next to the boom, going about 30 mph in the gusts, bouncing, chattering, ice chips pelting the face.... what a hoot. Unlike anything you will ever experience.

Roger and Bill, coming from techie soft water one-designs, are now trying to upgrade their equipment. Racing these beasts entails a whole different mindset in tuning; runner shape/sharpening; very flexible masts, pusher starts and then a graceful entry into the cockpit; not hitting anyone at 40 mph.

Chris Price rigging his DN on the right, one of Bill Beaver's DN's on the left.... 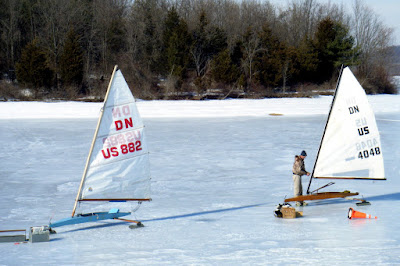 And here's a recent YouTube with an video camera onboard a DN.

Posted by Tweezerman at 3:45 PM 0 comments

I've been married for awhile. I admit, I am not the most romantic guy on the planet. But, every so often, throughout my married life, the sedate, the status quo gets shaken up so my eyes open and you appreciate all the qualities in the life partner who has chosen you. This is one of those times. Happy Valentine's Jeanie!

Two videos featuring either, falling in love, or crazy in love.

A Russian music video that celebrates that first attraction, that wowee!, that floating on air, what the heck does she see in me moment, where the smiles seem permanently plastered on the face. Unfortunately, I haven't been able to determine who the artist or the song that backs up the video. Any help would be appreciated in the comments......


This is the third installment of Valentines Day music videos. More from the Earwigoagin archives.............

And click here for the Valentines Day videos for 2009.
Posted by Tweezerman at 5:28 PM 0 comments

Email ThisBlogThis!Share to TwitterShare to FacebookShare to Pinterest
Labels: Music for Fridays, Valentine

George Albaugh sent along some photos, all taken at (I think) the 1948 Moth Nationals. I'm not sure if this is the first year for a National Championship win for the upstart Connecticut design by the famous Skip Etchells (of Star and Etchells 22 fame). Many Mothboats of that era have both the hull number and the boat name splashed on the bow, a neat touch that maybe the modern Classic Moth should emulate. George also supplied the captions......

Mothboats tied up to the dock at Elizabeth City. Note the barn door rudders. 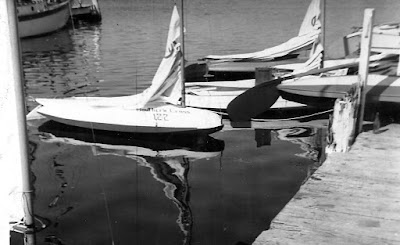 The 1948 National Moth Boat Champion, the Connecticut "SHUCKS", Nr 999. Lems Blades’ "THUNDERCLOUD", Nr 910 can be seen in the background. 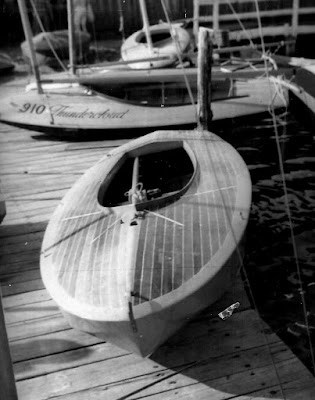 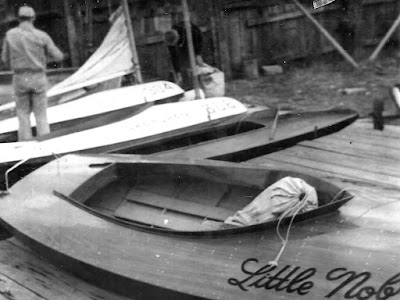 Peggy Kammerman’s "SOUTHERN CROSS", Nr 122 down from Atlantic City. "SOUTHERN CROSS" was the 1935 National Champion, skippered that year by her builder Stansbury Cramer. 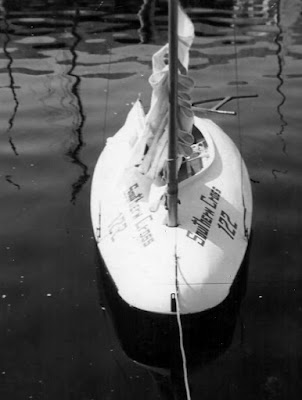 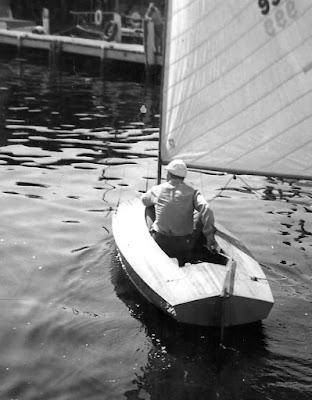 Billy Letts from Big Bayou Yacht Club, St. Petersburg, FL taking "MISS BEHAVE", Nr 506 for a test sail with his girl friend. Not too many current day Americans could sail “two up” in a Moth Boat! 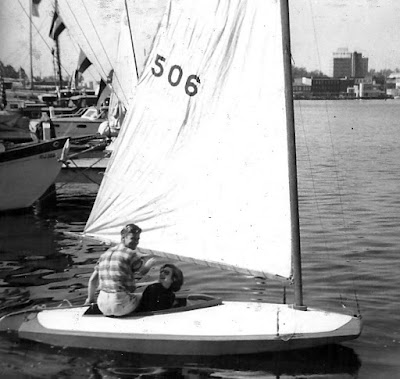 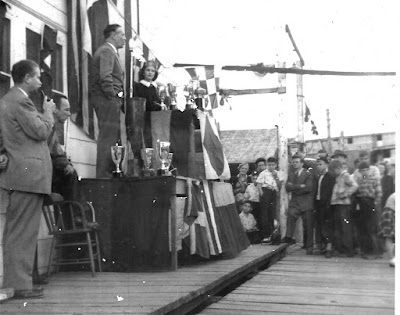 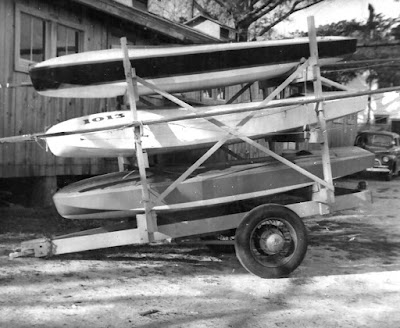 One of those weeks where my head hasn't been into posting to my blog. I've picked up on the musical group "Cities of Foam" from Dylan Winter, who favors their sound as a backdrop for several of his sailing videos. Seems to be a melding of musical tastes here..........

Posted by Tweezerman at 6:10 PM 0 comments