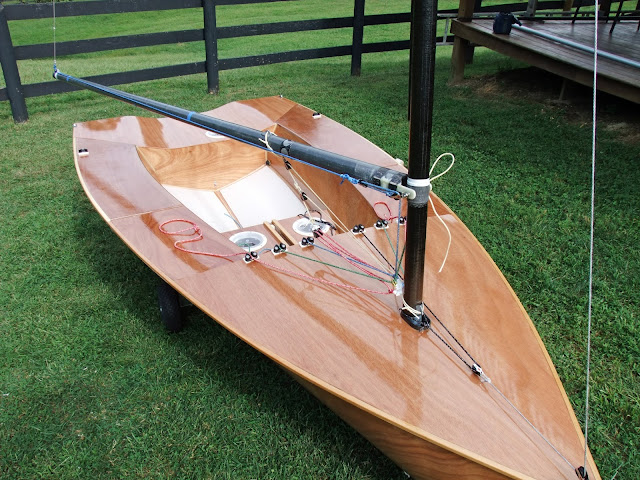 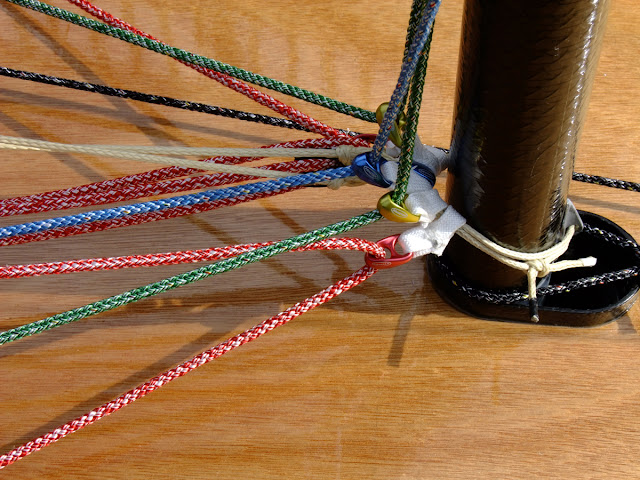 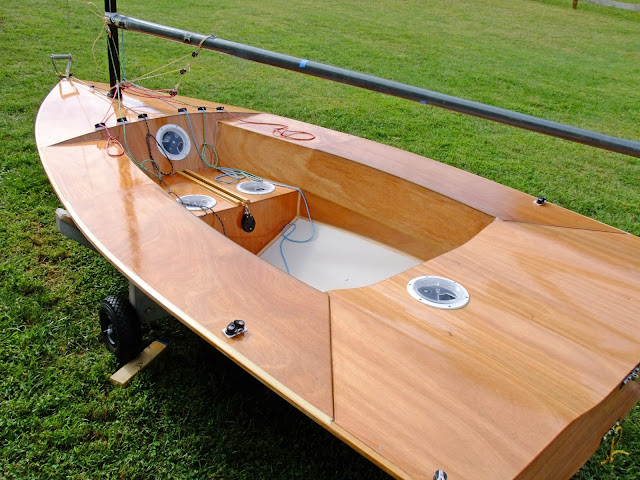 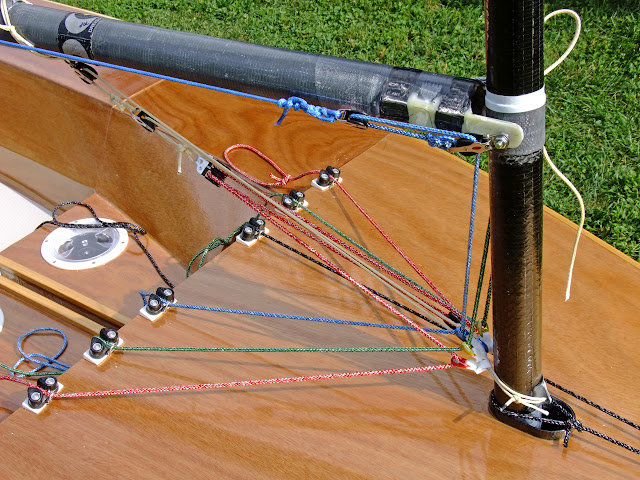 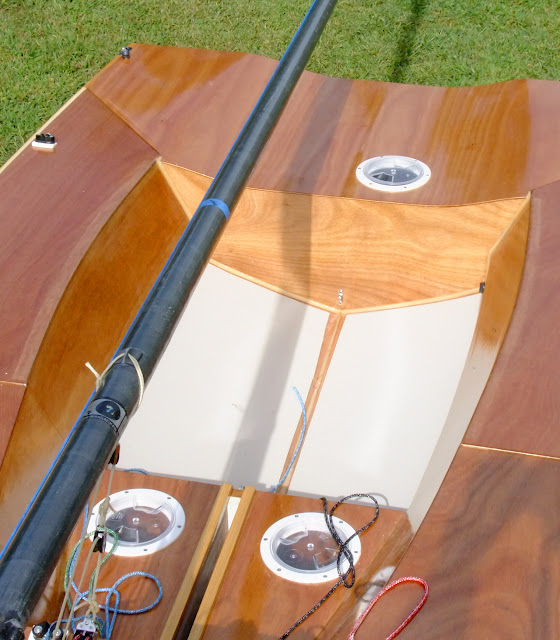 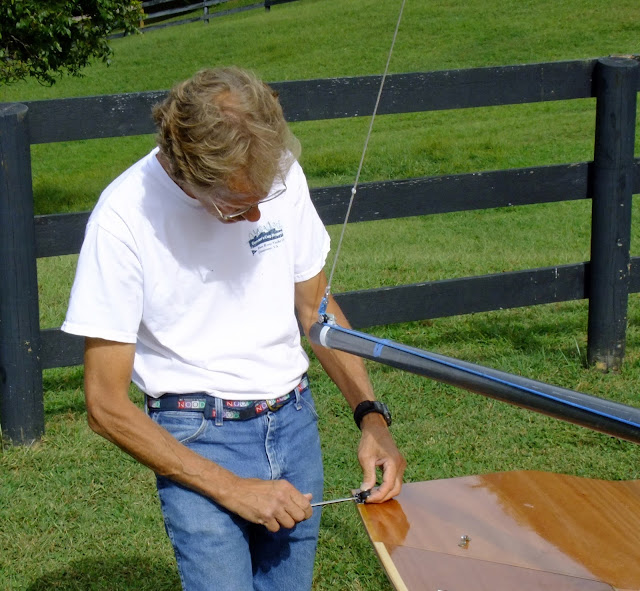 Posted by Tweezerman at 5:24 PM

Is this a yacht or a Stradivarious violin?

Truly beautiful, it brings a tear to my eye as I sailed one back in the seventies...

John is one of the most meticulous builders I know. Plus, he loves to sand. (I know, this is anathema to my boatbuilding.) The fit and finish of any of his projects is always top notch. (He did a really nice foiler Moth from scratch a few years back.)