Douglas Fowler sent along photos of this discovery, identification unknown. It does fit my conjectural image of what George Aykroyd had in mind when he developed his hybrid row-sail dinghy. (See the Toronto Dinghy.) A fellow named Everett is in possession of her and sent along this information:


"Attached are some photos of a small sailboat I am trying to identify. I think it is a cruiser of the type that appeared at the end of the decked sailing canoe early days say 1890. It was owned by Fred Bourne and purchased at a Dark Island auction in the 1970s. Nicely made, Spanish Cedar, copper tacks have a star embossed on the head. Any thoughts? Thanks' Everett 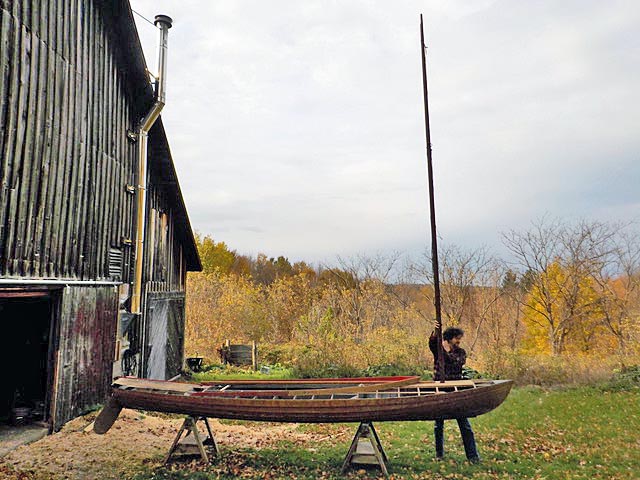 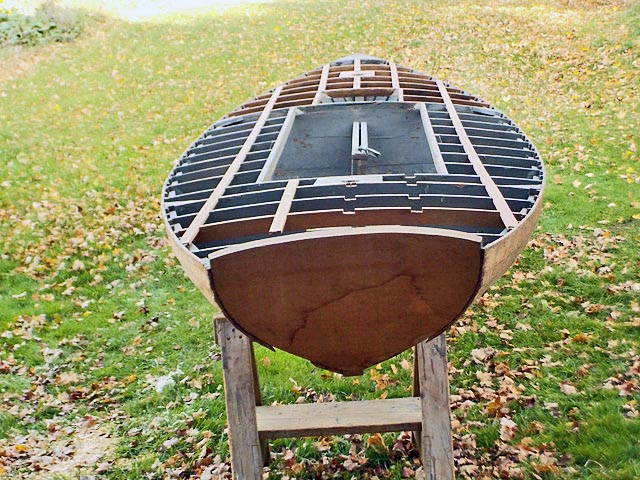 There doesn't seem to be any provision for rowing. This may have been sail only but it does sport a Whitehall rowboat type transom.

Very interesting looking boat. I presume by the number of deck beams that the skipper was expecting a tsunami to ball onto the deck at any moment!! LOL

This was turn of the century (19th to 20th) boatbuilding. No plywood as a option so the decks were plank on frame. Canoe builders definitely used some very thin planks so maybe the frames were needed to stop working and having a very leaky boat.