Before reading further I suggest you refer to this post for background.

The previous header photo features 8 foot Jester dink racing on Santa Cruz harbor. I particularly like the bare feet draped over the leeward side, a throwback to when I was a young kid and spent my entire summer barefoot.

Now to the other Jester class, the twelve foot, sloop rigged daysailor. In the previous post I couldn't find anything about the origins of this class on the Internet. Now thanks to reader Bob Fujita, the mystery is solved. From Bob's comment on the previous post:


"The Jester was designed and built by Cleveland, OH Sailboat dealer Jack Butte. Jack sold primarily one design daysailers, and saw an opportunity to use the influence of the Thistle, Flying Scot, and Rhodes Bantam to design a 12’ dinghy. My parents sailed with Jack Butte at Edgewater Yacht Club, and I sailed with his daughter as part of the junior sailing program"

Bob sends along advertising brochures for the Jester, listing Glas-Tec Enterprises as the builder. 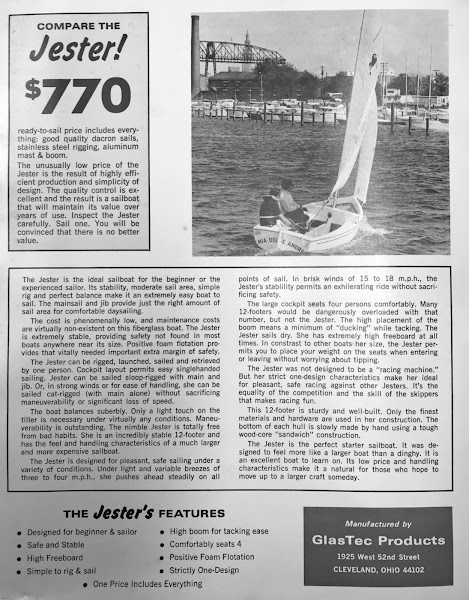 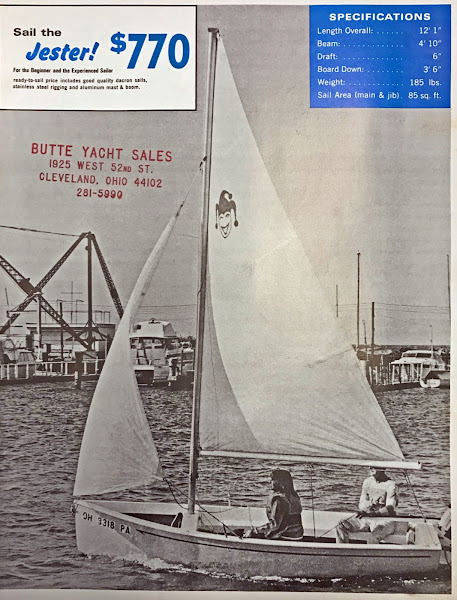 A primo-condition Jester 12 footer somewhere in the Midwest. Nothing racy here, just a capable daysailor with high freeboard and bench seats. 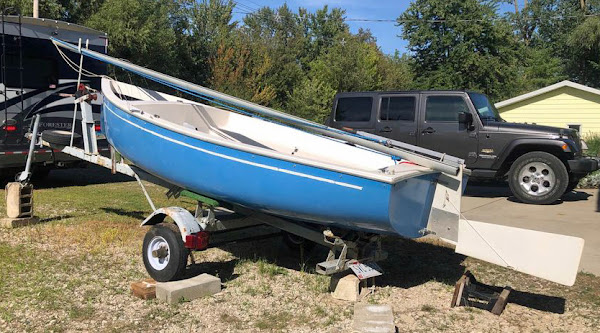 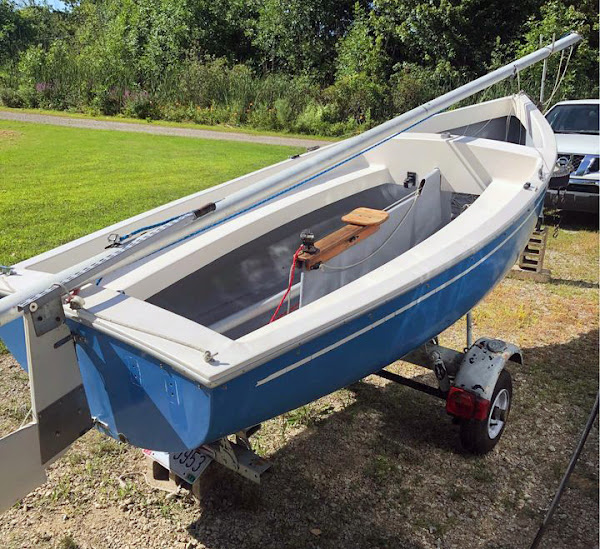 Posted by Tweezerman at 3:11 PM

Nice - I'm a big fan of a 12 foot all rounder, which is probably the most practical dinghy you can have.

BB, I agree. Just the right size. The U.S. doesn't have a lot of dinghy designs in that range. We are the country where desire for bigness curses us. The O'Day Widgeon comes to mind. And now the Jester.

That is probably the worst dinghy I have ever seen

Certainly nothing racy about the 12 foot Jester but she looks like an excellent daysailor. Unfortunately most American dinghies were built too heavy and she could probably stand to lose 30-50 kilos in weight.