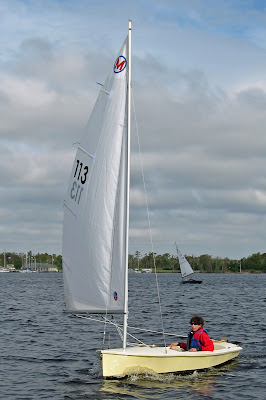 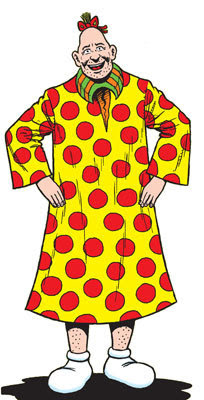 Posted by Tweezerman at 7:05 AM

Rod: You can still follow Zippy the Pinhead by going to the on-line version of the Wash-Post and searching through the comics section under the "entertainment" tab at the top of the home page.

You really should consider modifying the plans for Tweezer D so that the hull stays roughly the same shape but has a touch more rocker. I still think Tweezer would go in light air if you could reduce the wetted surface a little. I know that the intention was to build a fast boat that was easier to control than a Mistral but you've stopped the experiment after just a single attempt!

Thanks for the tip on Zippy. Didn't know that you could follow him online.

I did another version that I thought would be closer to the Mistral in speed but lost the competitive desire to really go after the top end of Gen II (it's lots easier to pick up the extra Mistrals kicking around than build another stripper).

Careful, I just may have to sell you a Mistral hull!