The Midwinters, hosted as usual by Gulfport Y.C. in St. Petersburg, Florida, was sailed in lightish airs for the most part, and past multiple National Champ, Jeff Linton returned after a layoff to take the title; though both Mark Saunders and Ethan Bixby pushed Jeff hard on Saturday. Frickie Martschink won in Gen 1 in a fleet that comprised mostly of Europe Dinghies. The Charleston South Carolina Classic Moth fleet traveled en-masse to the regatta, having recently restocked with several Europe Dinghies they obtained in a fire sale from the Sag Harbor Dinghy fleet.


Some photos from Amy Linton:

A trio of Gen I Moths making their way upwind. From left to right; Jack Clark in no. 82 a beautiful wooden Lindenberg, Frickie Martschink in no. 4067, a stock Europe Dinghy and no. 144, Lewis Hay in another Europe Dinghy.

Most of the Gen 1 fleet with their skippers folded inside their boats as they slowly make their way around the leeward mark. George A. creator of the Mid-Atlantic Musings blog in the lead. 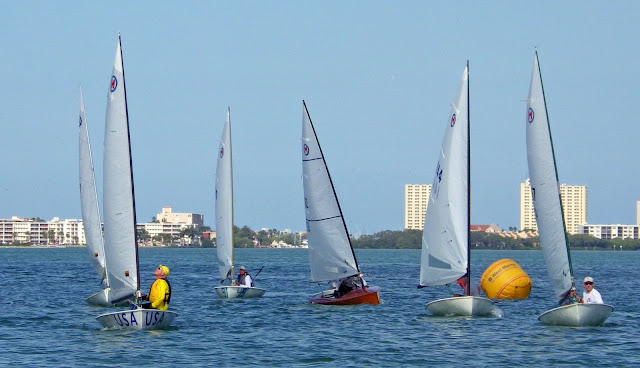 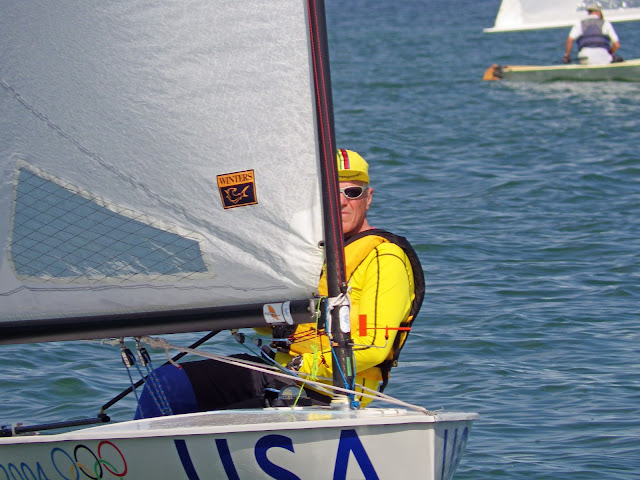 Mark Saunders finished a close 3rd in the Gen II division with his Mistral. 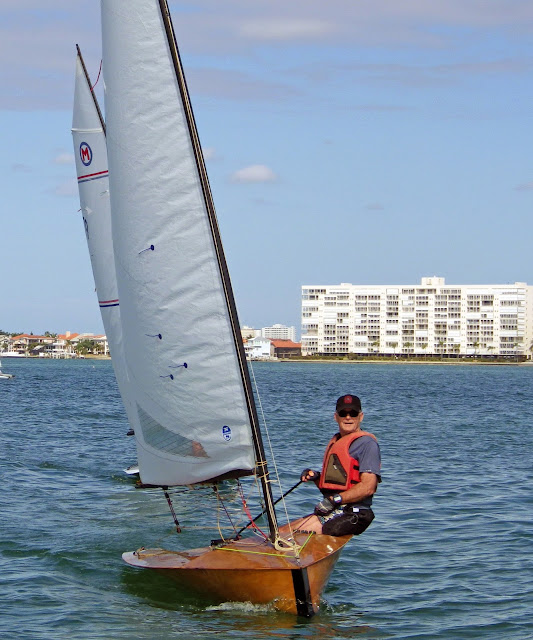 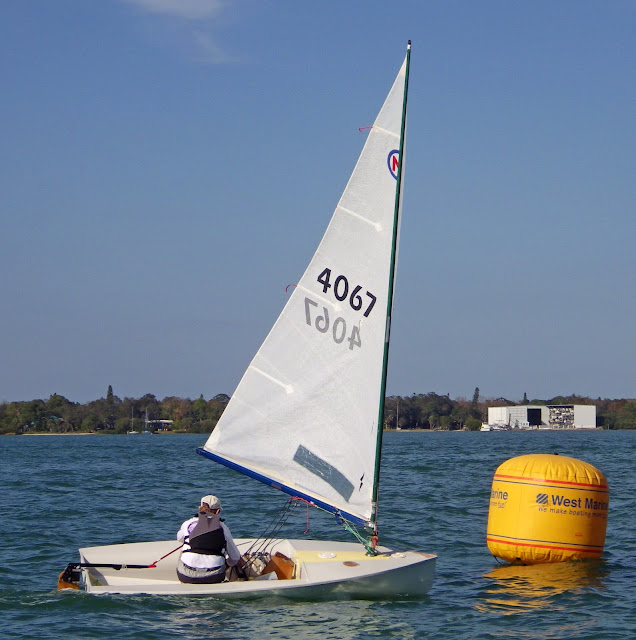 A start on Saturday. North Sails small boat guru, Ethan Bixby borrowed no. 103, a Mousetrap Mistral, to finish second. Just to windward is Mike Parsons in his Mistral who finished fourth in the Gen II class. 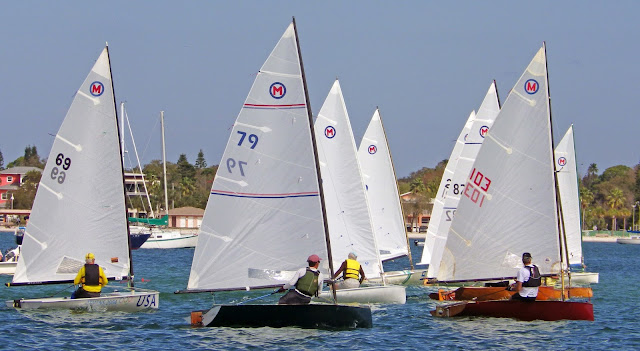 A panoramic shot of the same Saturday start.

George Albaugh has a comprehensive report on the Midwinters, with more photos, over at his blog.

Posted by Tweezerman at 4:41 PM

One of the pictures shows a Europe that was in the 2004 Olympics.
Who was the US sailor in that boat and how did she place?

My memory was pretty good on this one but I had to Google some stuff.

Meg Galliard was the U.S rep in the Europe Dinghy Class in the 2004 Olympics in Athens, Greece. She finished 14th. George Albaugh has owned this Europe Dinghy for close to ten years. (I'm sure he will chime in to give us the correct info.)

Yep, that's Meg's Athens games boat. I bought her directly from Meg back in 2006. The boat had a total of 6 weeks of use in Athens when I got her. I still have Meg's Olympic sails with the huge American flag and her name instead of numbers. Changing the Europe Dinghy class sail for a CMBA legal Moth sail was the only change that I've made to the boat.

Oh, and Rod, I prefer "cycling cap" instead of "biking cap". Bikers have Harleys rather than Raleighs! Thanks for posting Amy L's pix!