The Pipsqueak - A 5-Footer from the Douglas Fir Association

When I wrote about my El Toro sailing days I recounted a same-age compatriot from the community accompanying me, as I learned to sail, in his six-foot sailboat. I decided, using my faded memory, to see if the InterWebs would offer up any clues as to the identity of this tiny sailing dinghy and, sure enough, I came up with a good candidate, the Pipsqueak design by John Burroughs. The design was sponsored by the Douglas Fir Association and plans were cheaply obtained. The Pipsqueak was even smaller than I remembered it, a five-footer instead of a six-footer.

I found some photos that were put up by the Tacoma Public Library. It is indeed a very small sailing dinghy, but a very good size to tow behind a bicycle as my friend would do. 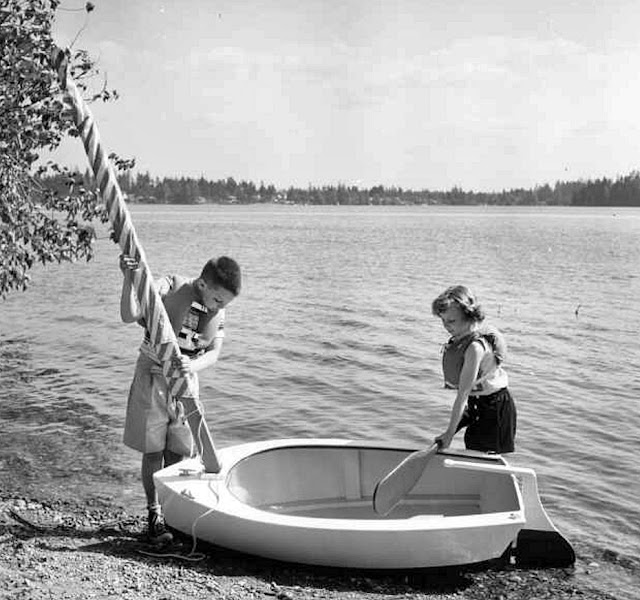 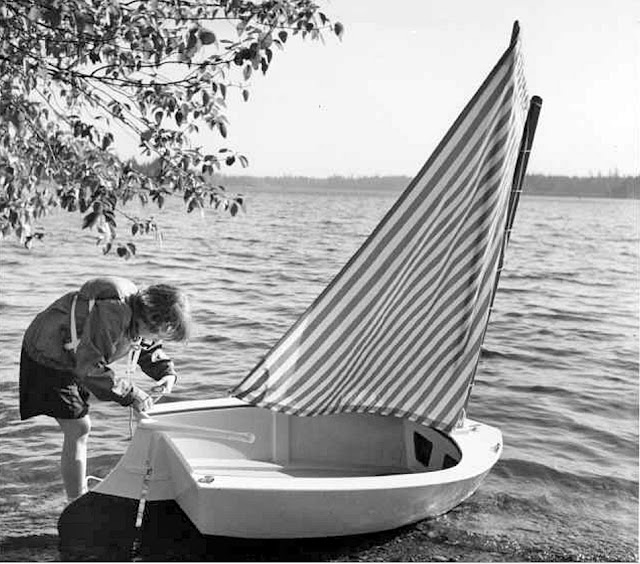 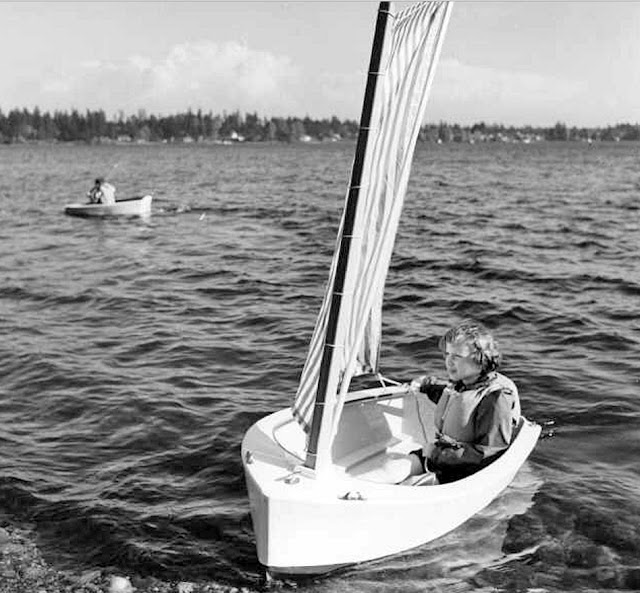 The May 1956 issue of Life magazine had a one-page spread on the Pipsqueak. 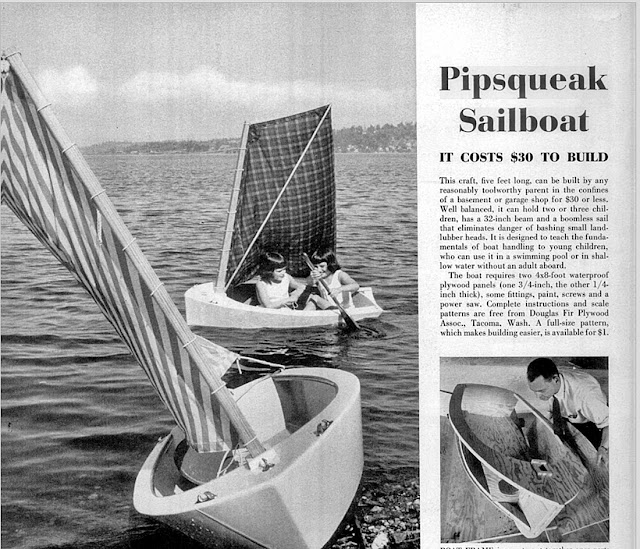 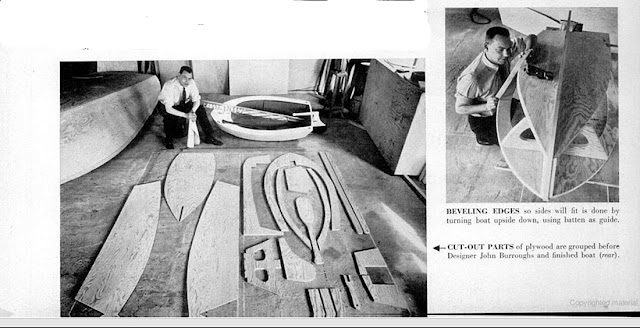 My recollection is the Pipsqueak was very slow compared to the El Toro (my word! - the sail looks to be made from some sort of colorful domestic fabric; dress? sheets? table-spread?), but my friend had a lot of fun with her, though mostly paddling her. I must say that I have never since seen a sailing dinghy towed behind a bicycle.

Don't see a centerboard or daggerboard trunk. Don't see lee boards either. Must have been interesting going to weather.

There is a shallow full length keel you can see in the pictures and that the boat doesn't lie flat on it's bottom.

My father made about five of these boats ca. 1963.... fond memories for sure.

Have any photos. Would love to see them.

I still have my original Pipsqueak! The boat remained in the back of my parents garage since the 50's. It's still watertight after 60yrs! I am in the process of restoring it!

Cool. Could always use photos for this blog.

Tweezerman, I'll post some as the work progresses! Right now it looks ugly! I'm restoring the rig first as this is indoor work. The new sail is "Sunbrella" fabric instead of the cotton original.