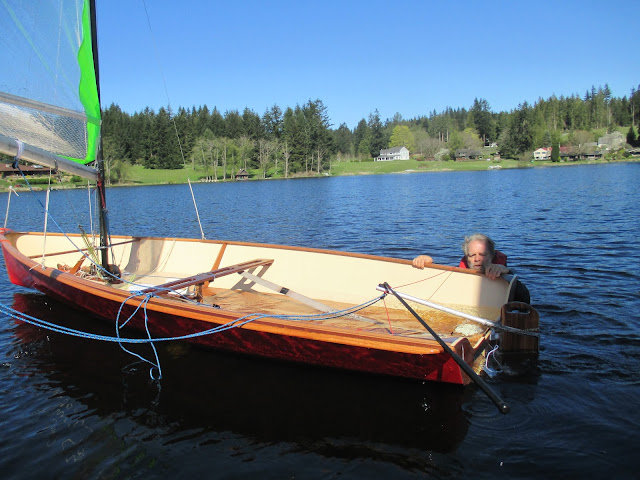 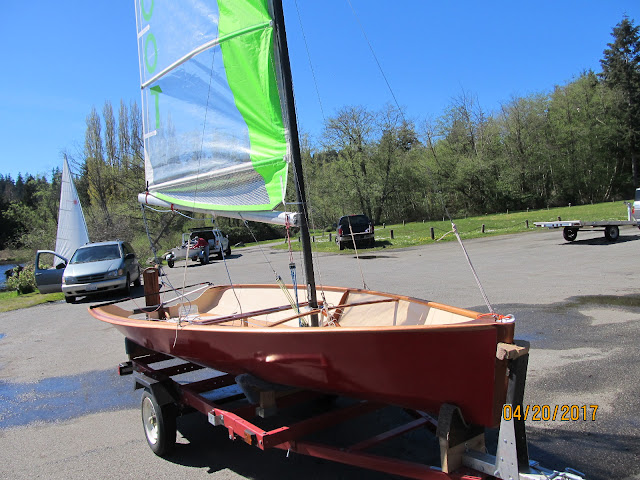 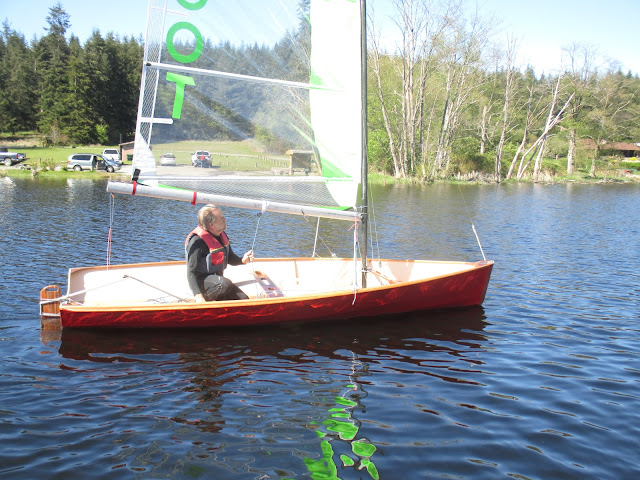 Posted by Tweezerman at 4:39 PM

Hi,
Thanks for posting! The skipper is actually Brad Rice, boatbuilder extraodinaire ( he rebuilt Pirate with the help of Scott Rohrer. I'll be taking her out again this week, after more mods, hopefully in some decent breeze.....!

Very nice Job! I certainly like the "proper double bottom" in preference to the Keith's Original " coffin " buoyancy,which didn't grab me at all.The mast gate construction looks a bit lightweight given the rig will need plenty of tension to make it function like a Skiff type rig should. Will be interested to see more photo's.

The "Hoot' doesn't have a mast gate. I put it there to stiffen the forrard section (having removed all the 'knees', and as a prop when rigging singlehandedly.....it doesn't seem to get in the way when tensioning the rig, but time will tell. More photos to follow.