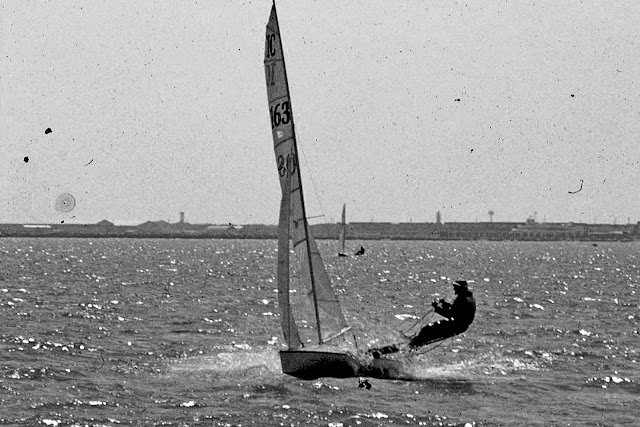 Posted by Tweezerman at 6:51 PM

Interesting hull shape....... Looks like lots of development in rig and set-up in the new boats. Enjoyed following the footage on FB for the Worlds in my old hunting grounds of Nth Wales. Good to see a classic holding its own in the middle of the fleet...!
Also good to see the winner just sold his boat to buy Chris Maas's...!

What's with the Taifun, never saw them before, looks interesting, wonder what their Portmouth rating is....
M.