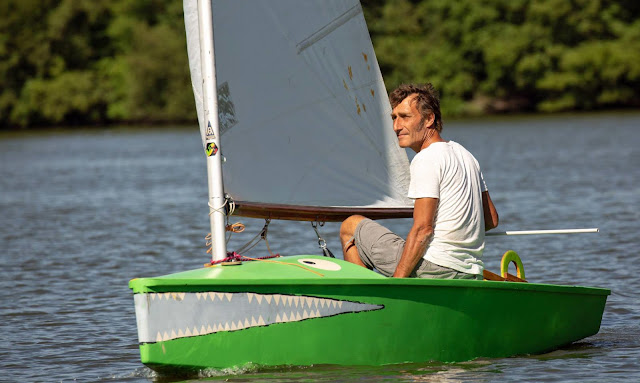 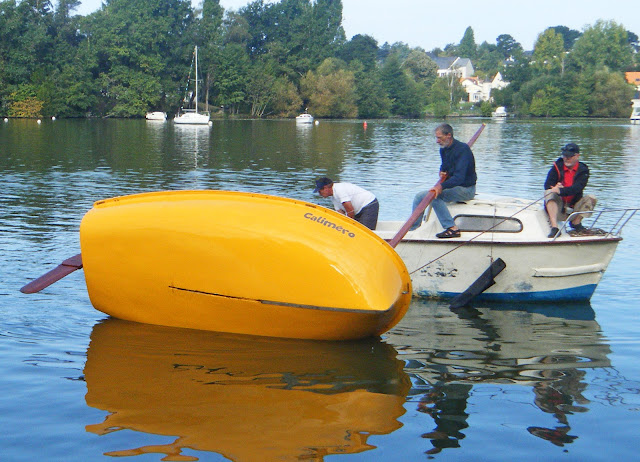 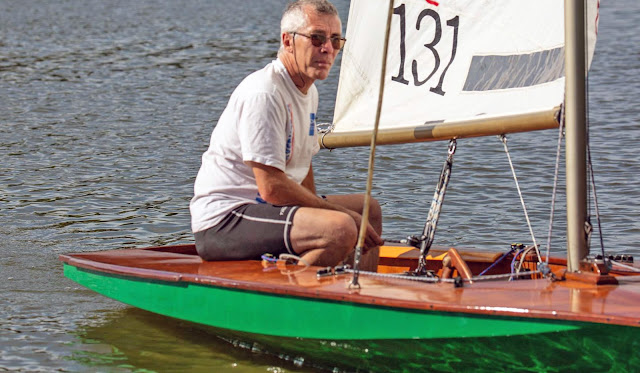 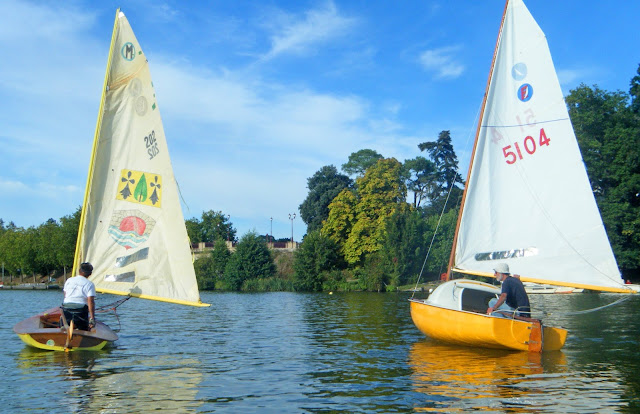 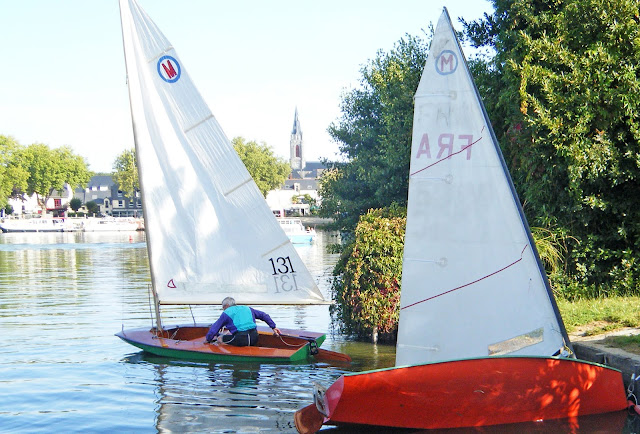 Posted by Tweezerman at 8:21 AM

Yes, we had a nice week-end to celebrate the birthday.
I would like to correct the photo credits since the ones that I had posted on Facebook were taken by Philippe Meunier, and the girl sailing the Europe is Frédérique Larrarté.
My experience sailing the Nantais Nola was astonishing. I've sailed Moths both British and International since the seventies, but this one from 1941 was by far the most uncomfortable. We had very light winds, but after three days on the water I was covered in bruises from all the corners and edges I was squeezed up against in conditions where you can't move or you stop the boat !
Looking forward to 2028. We must have an enormous party.
David

Thanks for filling in the details. I've made the changes you've pointed out. I haven't sailed a Vintage myself but my friend John Z just picked one up so I think I'll be trying her out shortly.

What's the deal on the striped costume. Was that period sailing wear? If so, what period?

Also what's the background on Didier Leveille. Was that his property you sailed out of?