A Piece of Furniture: A Division 2 Windsurfer Raceboard


Occasionally I've come across photos of exquisitely built and varnished small sailboats that I have been featured on Earwigoagin under the moniker Piece of Furniture. Such was the case recently when some photos of a beautifully wood molded Division 2 Windsurfer was posted in Facebook. 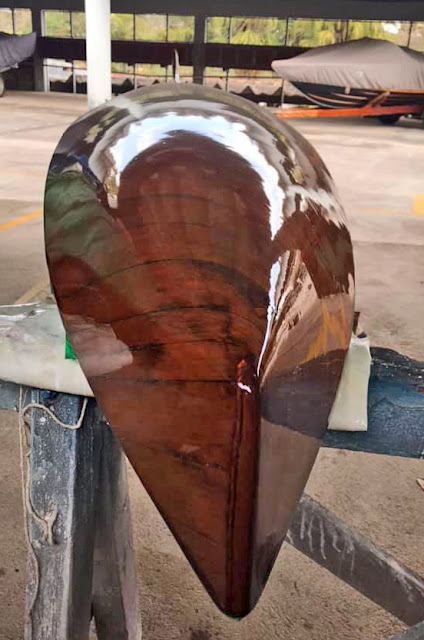 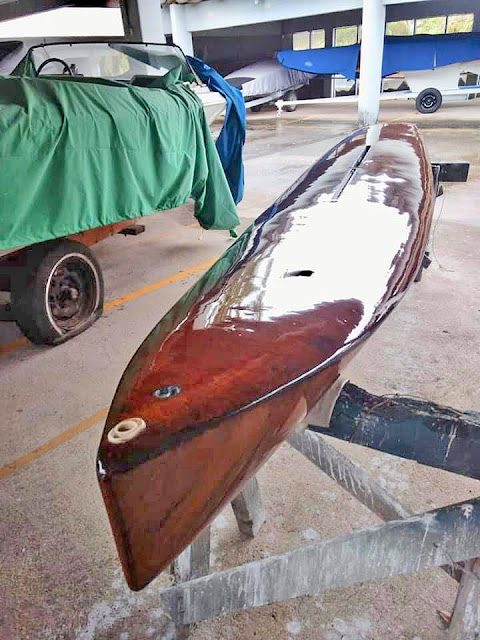 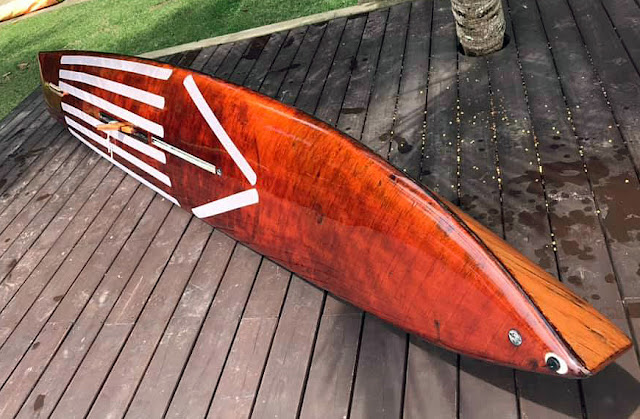 The stern has very similar conic sections to the Mistral design Classic Moth. 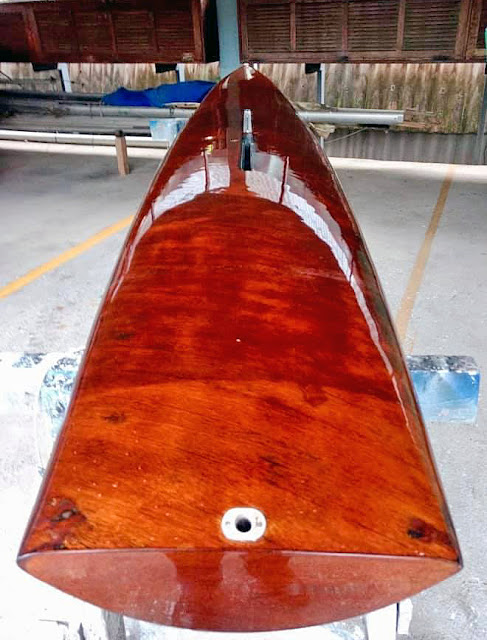 The Division 2 Windsurfer was the odd duck of the Windsurfing fraternity; a long skinny displacement board that was actually designed to go upwind, not so much blast downwind. It was the Olympic Windsurfing class in 1988 for the Seoul South Korea Olympics.

Update: 8/20. Gui, one of my International Canoe buddies from back in the day, now fully immersed in all things Windsurfing and foiling, begs to differ on my classification of the D2 as a displacement craft:


"The D2 is clearly not a displacement board!...The D2's work OK in light air, but like most other sailing craft, they are much nicer to sail in 10+kts. They are as much displacement boards as the other long raceboards when the wind is down. They plane upwind at ~8-11kts and I got mine to ~20kts downwind, pretty sure a more committed D2 sailor with a modern design would be in the mid-20's."

Internet research on this woodie picked up a post from Hit the Wave blog, that pointed to this beauty as possibly having a 1984 Brazilian origin from a Greek boatbuilder, cold molded in Cedar; a Greco. 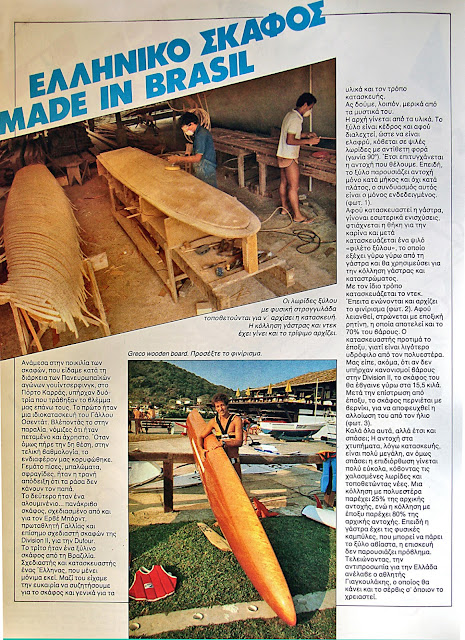 Aussie Chris Thompson seconded Greco as the builder with this comment that I'm dragging over to the main post:


"It looks like a Greco from my memories; I was offered one of the top ones at the '85 worlds for a criminally low price, but had no way to get it from the UK to Australia. There's been a little revival in D2s lately, which is nice to see."

Posted by Tweezerman at 5:48 AM

It looks like a Greco from my memories; I was offered one of the top ones at the '85 worlds for a criminally low price, but had no way to get it from the UK to Australia.

There's been a little revival in D2s lately, which is nice to see.

Thanks Chris. I figured if you were still reading this blog, you would be one of the few to know the background of this craft. How is the Windsurfer One-Design doing in Australia? I know you were one of the instigators in the revival. Also immense thanks for publishing your small sailing craft history on the web; the Sailcraft blog. The most complete history ever.