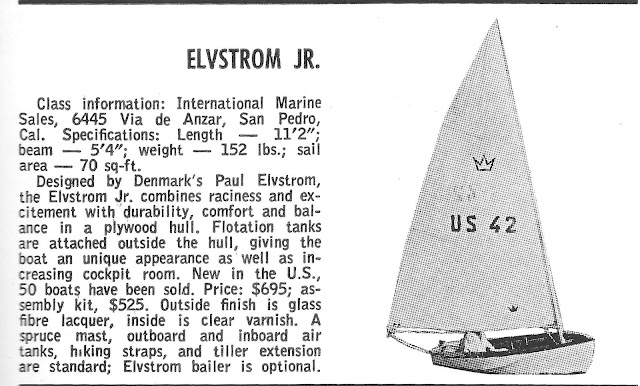 Paul Elvstrom, who, for my generation, is the greatest racing sailor of all time, introduced this dinghy in the 1960's. About the same size and weight as the Philip Rhode's cat-rigged dinghy, the Penguin , it obviously had nowhere near the popularity of the Penguin - in fact I have never, in all my travels, come across this dinghy. It remains a ghost, an entry, 50-odd years ago, in the One Design and Offshore Yachtsman's magazine annual review of dinghies, nothing more. It would be very interesting if a reader could direct me to an extant example of an Elvstrom Junior.

[Update: 05/06/17] After this post had been up for six months, Mike Scott came across an ad for the Elvstrom Jr. that was posted on Facebook. I've chunked the ad into four pieces. 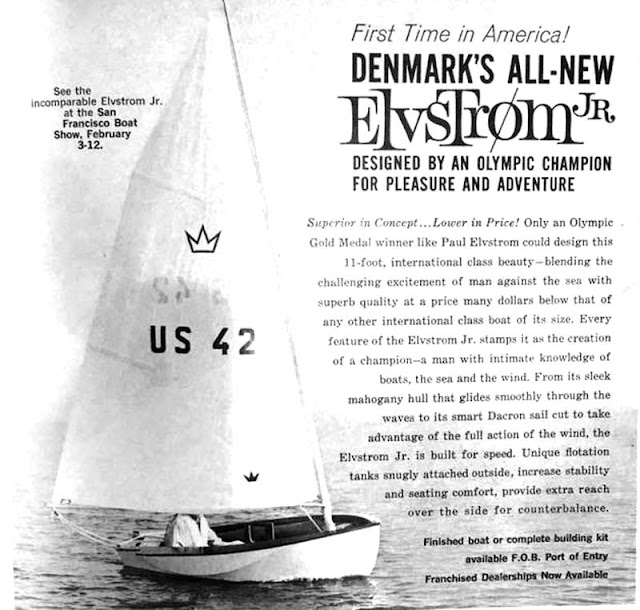 This photo of the Jr. car-topped on a Beetle shows clearly the outside buoyancy tanks. 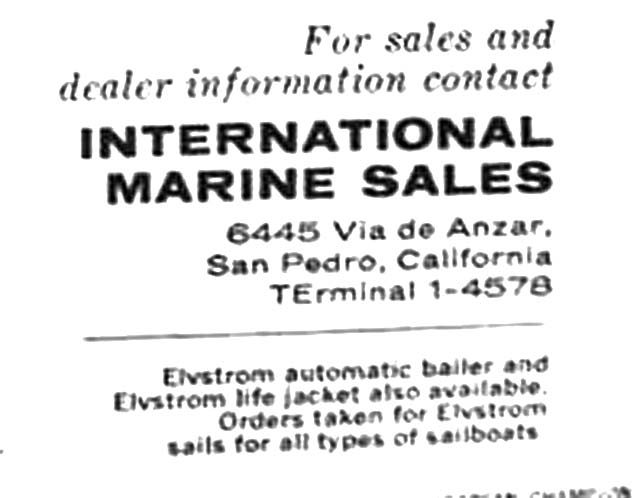 Similar in size and weight to the Elvstrom Junior, the American Philip Rhodes Penguin (from this post). 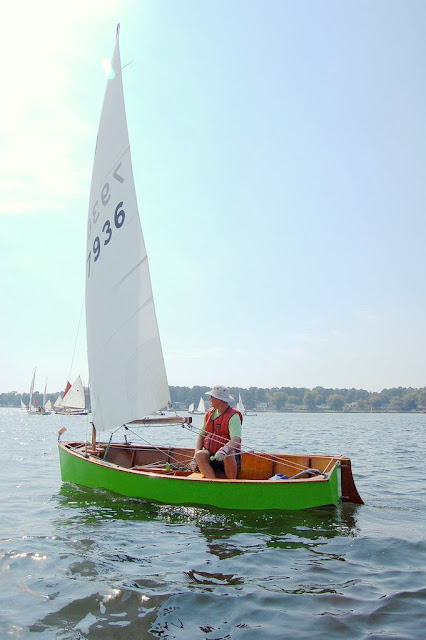 Posted by Tweezerman at 6:11 PM

Email ThisBlogThis!Share to TwitterShare to FacebookShare to Pinterest
Labels: OD-OY, Other sailing dinghies

It is my understanding Paul Elvstrom designed this boat for his daughter. It was a trainer for the Olympic Finn dinghy. Sailed with my dad.

Thanks Anon. Would the daughter be Trina?, who sailed with him in the Tornado in the Olympics. The father/daughter team in the Olympics is another great chapter in the Elvstrom legend.