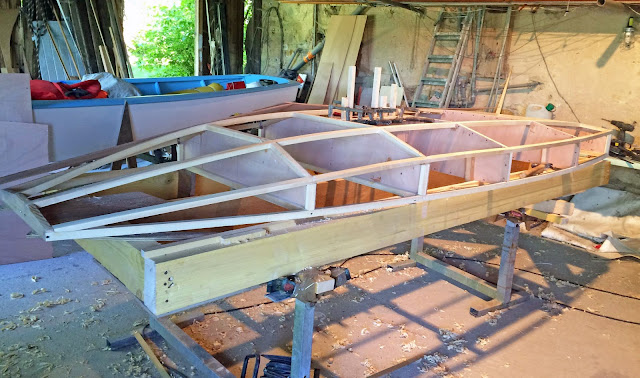 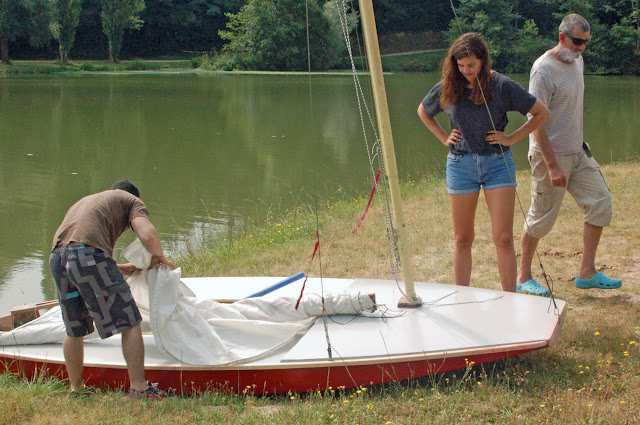 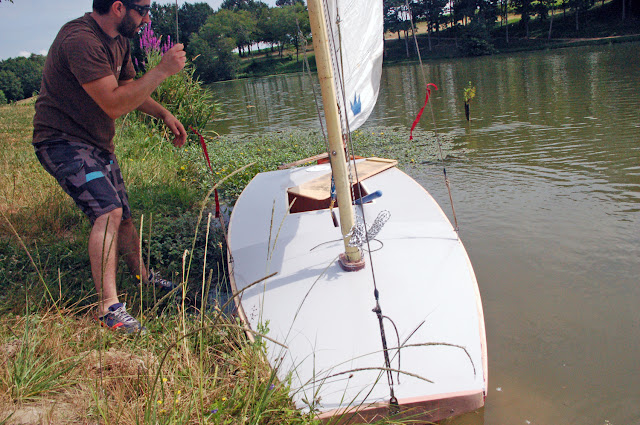 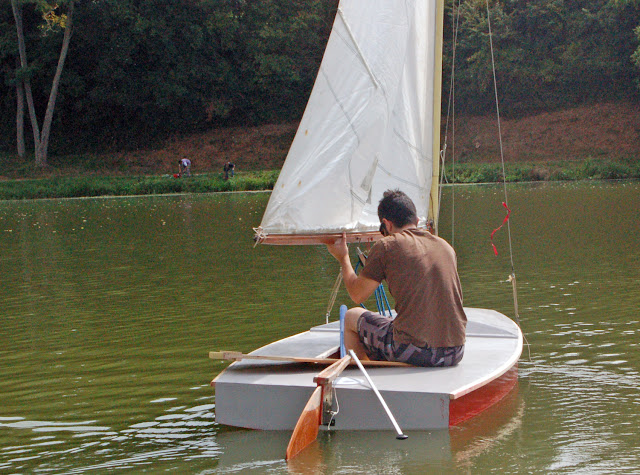 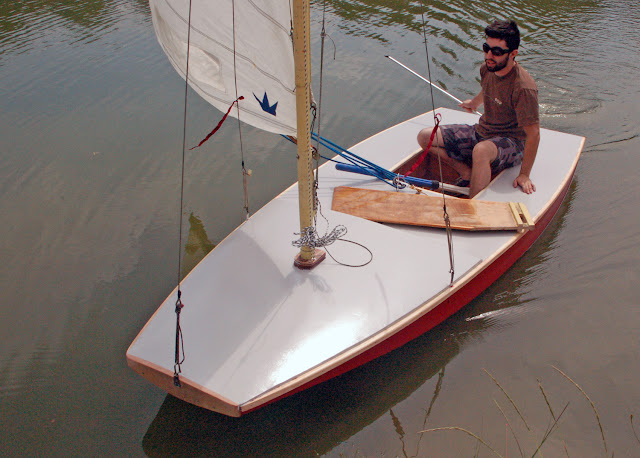 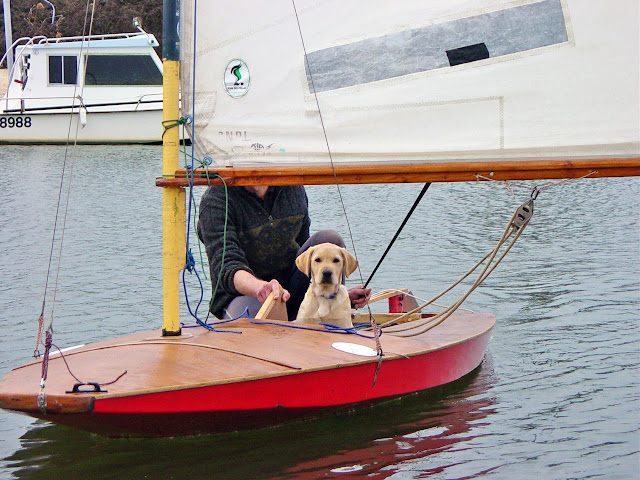 Posted by Tweezerman at 4:22 PM

The shape reminds me of scow Moths from the early days (Van Sant era) of Moth Boating.

I'm curious as what are the other boats in the background....in the first picture, could be an Enterprise or Leader, further down, that plumb stemmed hull under cover looks like an I-14, whaddya think.....?

Interesting easy design, I remember my Cole Moth was pretty simple back in the day, I only had a couple of tools and a stapler, Cascamite (resorcinol glue), and no skills...!

the white boat under the barn roof is a "caneton 1957 one design" by andré cornu
https://fr.wikipedia.org/wiki/Caneton_(bateau)
in france it was the pecursor of the 505 class

Yes the RazMoth does have a retro look from the early period of the class. From the top it looks somewhat similar to the Crosby Skimmer but it does have the hull shape of a Fireball. I don't think the RazMoth was designed to be a top racer but a good entry level Moth to learn on. From the looks of it, the design meets the requirements.